The annual list recognizes those companies that hire spouses of active duty servicemembers and promote workforce development policies that acknowledge the unique challenges of military life and skills learned through those challenges. This year’s list features the top companies in the $1 Billion – $500 Million, Less Than $500 Million, and Nonprofit categories, demonstrating the growing business need and success in employing this group of talented men and women.

More than ever before companies are recruiting from this trusted and valuable workforce…Military spouses are expert multi-taskers. They thrive under pressure, and are highly educated and mobile. Companies recognize these attributes and want them in their workplace. ~Military Spouse team

The annual Military Friendly® survey is open each year to companies with $100MM or more in annual revenue, with the Military Friendly® ratings distinguishing those best for veterans and servicemembers transitioning out of the military. A portion of the survey considers specific recruiting and retention practices and policies for military spouses, addressing some of the biggest concerns of military families:

Comcast Corporation is a global media and technology company which includes Comcast Cable and NBCUniversal. Comcast Cable is one of the nation’s largest video, high-speed Internet, and phone providers to residential and business customers under the XFINITY brand. 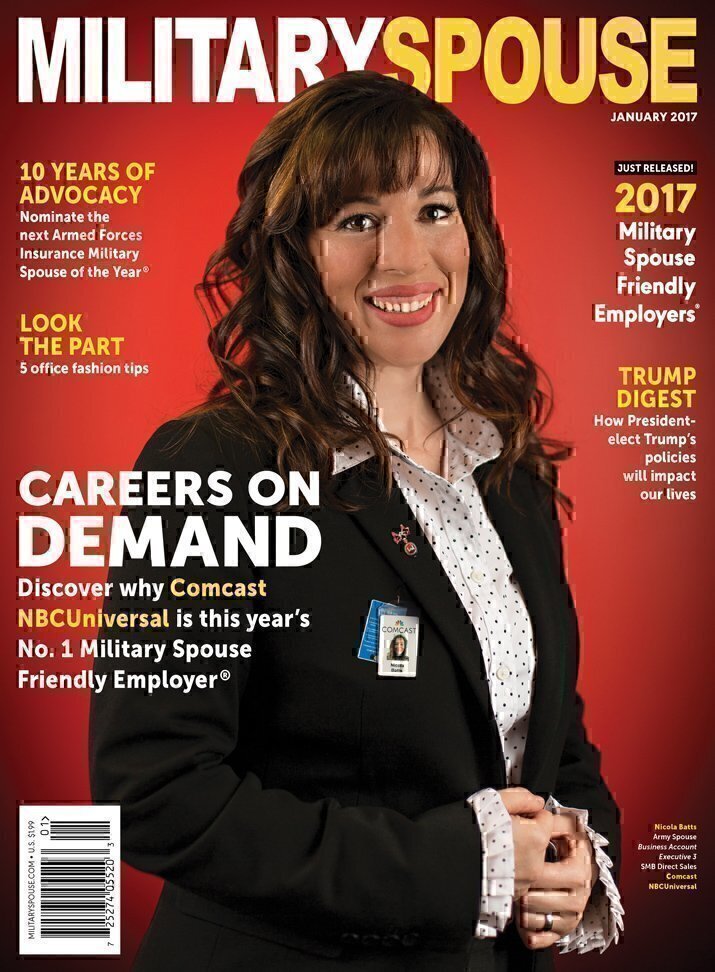 Connect with us on Facebook!
No Result
View All Result