by Military Spouse Team
in Employment
0

Teach For America recently announced that Eryn Mounticure will be leading its military veteran and spouse recruitment and cultivation efforts as director of the organization’s Military Veterans Initiative, effective immediately. Mounticure is the daughter of an Army Colonel and obtained a bachelor’s degree in education from Florida State University and a master’s degree from Northwestern University in public policy and administration. She joined Teach For America as a Jacksonville ’10 corps member before joining staff as corps member selection associate on the Admissions team, leading a committee of 60 cross-team representatives. Married to an Army Captain and residing at Ft. Bragg, Mounticure was named Military Spouse of the Year at her old base – Ft. Benning – by Military Spouse magazine. As Military Veterans director, Mounticure will lead a team of 4 working to put the power of military veterans and spouses to work in our nations’ highest-need classrooms while helping to bridge the military-civilian divide.

“The skills veterans and spouses gain through military service are among the same we see in our most effective teachers,” said Eryn Mounticure, director of Teach For America’s Military Veterans Initiative. “From being highly organized to having experience working across cultures and in discontinuous environments – they come to the classroom with natural leadership and perseverance. I’m honored to help military veterans and spouses continue to serve their country in the communities which need them most, and know that our students will benefit from all that they have to offer.” 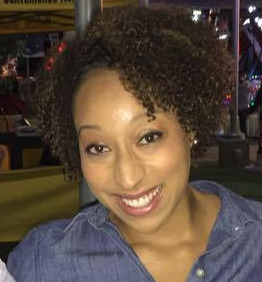 Teach For America is a national nonprofit which works in partnership with communities to expand educational opportunity for children facing the challenges of poverty. Corps members sign up for an initial two-year commitment to teach in high-need urban and rural communities, and go onto become lifelong leaders in the movement for educational equity. In the 2014-15 school year, 10,600 corps members taught across 50 regions – joining over 37,000 alumni.

The Military Veterans Initiative was launched in 2012 after senior leaders saw an organic increase in applications across all five branches of the military. Veteran corps members shared that their desire to serve their country did not end with their military service, and that teaching provided them the opportunity to become part of something bigger than themselves. As of the upcoming school year, over 300 veterans and spouses will have taught through Teach For America – with military alumni going on to lead at the Department of Education and Warrior-Scholar Project, among other student- and veteran-serving organizations. and

The initiative works alongside others in the veterans community to help our nation’s heroes connect with the jobs they’ve earned. Teach For America is a proud partner of Joining Forces, Got Your 6, Troops to Teachers, The Honor Foundation, The Mission Continues, The Franklin Project, The American Legion, Be The Change, Student Veterans of America, Soldier for Life, Military Officers Association of America, Military Child Education Coalition, Military Spouse Employment Partnership, and the Corporation for National and Community Service.

About Teach For America

Teach For America works in partnership with communities to expand educational opportunity for children facing the challenges of poverty. Founded in 1990, Teach For America recruits and develops a diverse corps of outstanding college graduates and professionals to make an initial two-year commitment to teach in high-need schools and become lifelong leaders in the movement to end educational inequity. Today, 10,600 corps members are teaching in 50 urban and rural regions across the country while more than 37,000 alumni work across sectors to ensure that all children have access to an excellent education. Teach For America is a proud member of the AmeriCorps national service network. For more information, visit www.teachforamerica.org and follow us on Facebook and Twitter.