How to Cope When The One You Married Changes Forever

by Guest Author
in Military to Civilian Transition
0

By Hope For The Warriors

Life-long sweethearts Brittany and Aaron Zurn from Dayton, Ohio, could never have imagined the turn their life would take when Aaron returned home from deployment with multiple serious injuries.

During his 10 1/2 years in the Marines Corps and Marine Corps Forces Special Operations Command (MARSOC), Aaron was deployed four times – twice to Afghanistan and twice to Iraq.

In 2012, he was injured after his team was ambushed. During the attack, Aaron sacrificed himself, allowing his team to get away. He was awarded the Navy Achievement Medal and Navy Accommodations Medal both with a bronze V (valor). 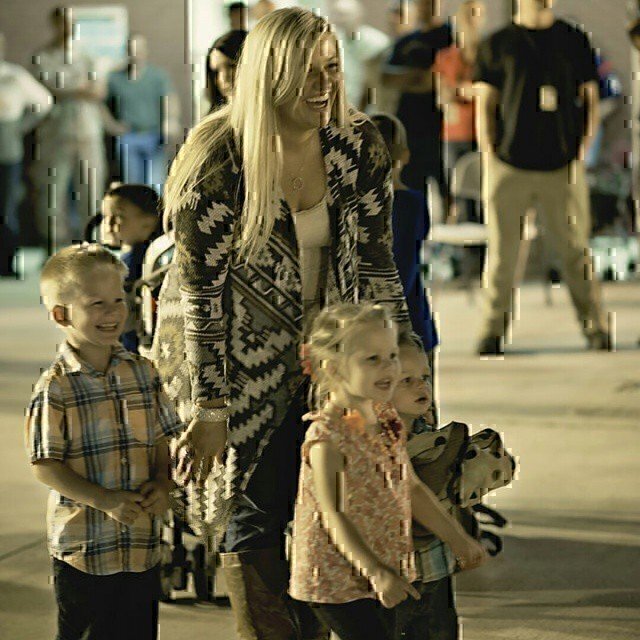 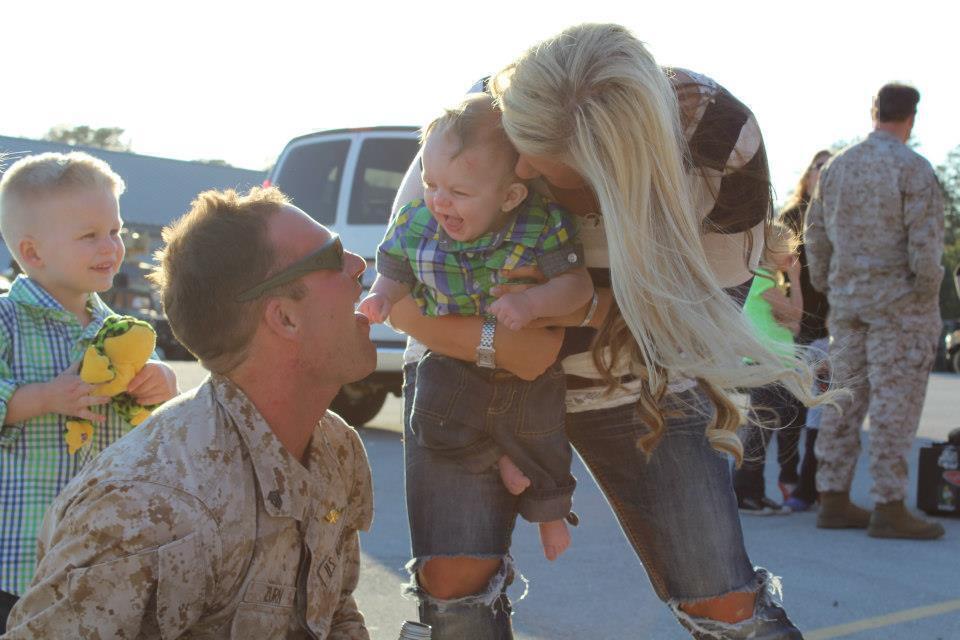 But he sustained several injuries from the incident and, upon his return home, developed a dependency on alcohol.

In 2014, Aaron was deployed again to Afghanistan, where he sustained a traumatic brain injury (TBI) after falling from a helicopter during a combat mission. Then on the day he was being processed out, one of his friends was killed and another was injured during an attack. This was yet another blow to Aaron’s recovery, causing him to suffer severe survivor’s guilt. He was placed on limited duty while he recovered and experienced a mental breakdown due to the stress of everything that had occurred during his deployments.

Aaron and Brittany refer to Sept. 17, 2014, as his “live day” because on that day he completely gave up drinking. Brittany continued to advocate for Aaron to ensure he received the treatment he so desperately needed.

“Very few of the injuries he sustained during his time in the Marine Corps were actually documented,” she said. “After his mental breakdown, they just wanted to process him out, but I fought for him to get the treatment he needed.” Today, Aaron is 100 percent disabled due to post traumatic stress disorder and TBI, which causes him to have the mental capacity of a 13-year-old.

“When he came home I knew in my heart of hearts that his career was over. The catch was that my husband didn’t. I had to end his career for him…that was a battle neither of us was ready to face,” she said. “Sometimes, as a spouse, you have to know when they are too broken to advocate for themselves.”

But through it all Brittany has remained at his side, her role evolving from spouse and mother, to also caretaker.

After Aaron retired, the family of five was bringing in 50 percent less income than what they were making while he was serving in the Marine Corps with MARSOC. “We were paying $600 to $800 a month just in gas to get back and forth between Aaron’s medical appointments,” said Brittany.

“I researched for hours upon hours on how to live as a caregiver. I had to learn how to go from being the wife of a war hero, a veteran, a freedom fighter, to the wife of a wounded veteran who needed my help 24/7,” she recalls. “It was a scary, unknown territory and led me to find Hope For The Warriors.”

When Aaron needed to travel to San Diego to the Traumatic Brain Injury Clinic, the family reached out to Hope For The Warriors for assistance. Hope For The Warriors provides comprehensive support programs for service members, veterans and military families that are focused on transition, health and wellness, peer engagement and connections to community resources.

The nonprofit was able to assist with airfare, rental car and hotels for the entire family. While Aaron was in treatment at the San Diego clinic, they incorporated his children – Keegan (7), Taytum (6) and Porter (4) – into his treatment plan. Part of his recovery was seeing how he reacted to the stresses of family life. The Zurns would visit tourist destinations, like Sea World and the San Diego Zoo, and then doctors would encourage Aaron to discuss his experiences as part of his emotional assessment.

“The treatment Aaron received in San Diego at the clinic really taught him how to be a father within our new reality,” said Brittany. In September the family went to Disney World for the first time. This marked an important step for Aaron – the first time he was in a public crowded place and was okay. 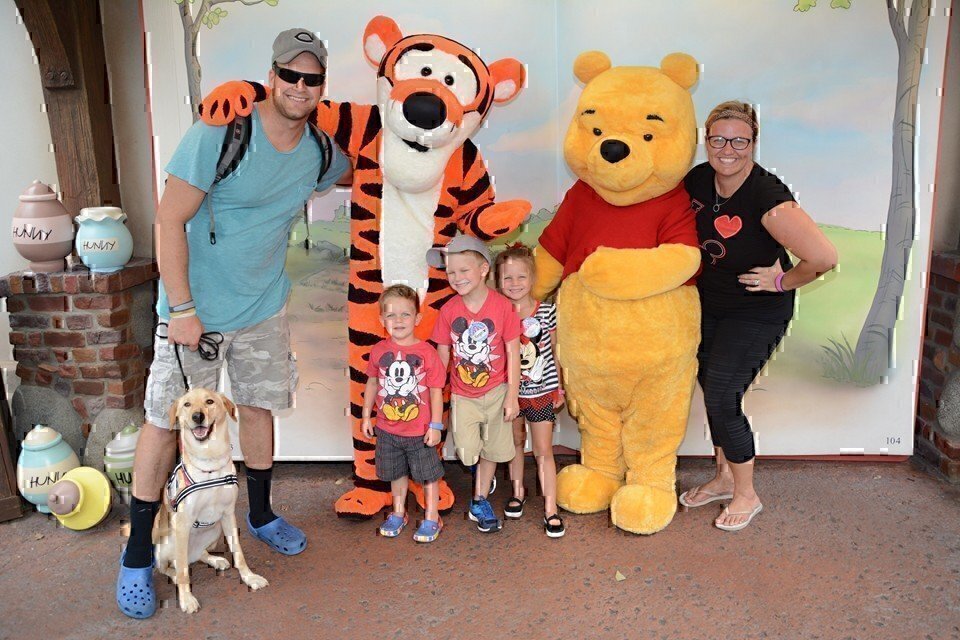 Although Aaron doesn’t have visible physical injuries, the service dog he received in 2015 brings awareness to his invisible injuries of war. At night he still experiences hot flashes, night sweats and night terrors.

“He would wake up in the night screaming for help,” Brittany said. “It was a very difficult thing to witness. Not only because I couldn’t physically sleep, but also because I wanted to know what had happened to my husband?”

Brittany and Aaron started going to a therapist, who helped Brittany identify and work through her issues with “losing her husband.” She says, “He was still physically living, but due to his injuries he was mentally not the same person. I had to get to know the new guy I was married to. Aaron’s injuries have taught me to calm down and take things day by day.” 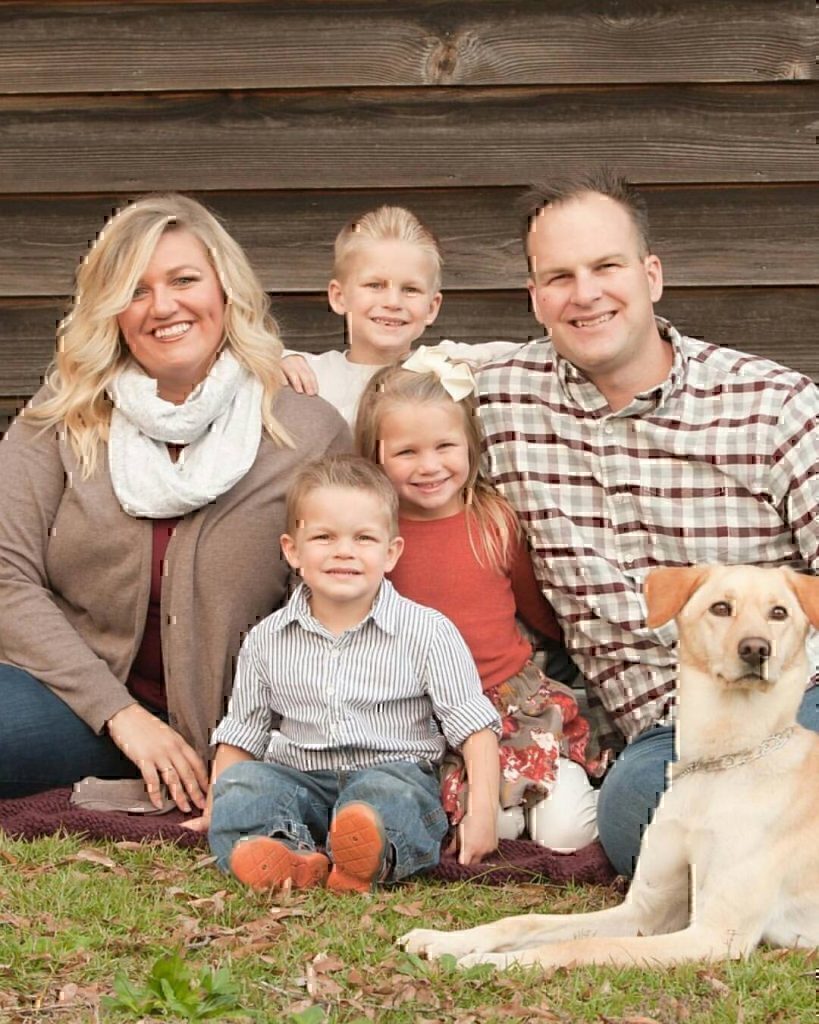 The Zurns try to spend a lot of time as a family, reading children’s books that are geared toward military families and injured service members, like “Big Boss Brain” and “Why Is Dad So Mad.”

The family currently lives in Hampstead, N.C. Aaron volunteers at their son’s preschool and enjoys reading to the children. It helps him build his relationship with their youngest and build his own reading skills, something he has struggled with as a result of his TBI. He recently learned how to iron and do dishes.

Brittany received her Bachelor’s in Elementary Education but wasn’t able to get her teaching license due to Aaron’s injuries. “As a military spouse you give up your life and identity and vow to take his and support his career. I identify myself as being a military spouse, a Marine wife and mother, but I wanted something more so I decided to finish my degree,” she said.

The family’s financial situation made it almost impossible for her to go back to school, so Brittany applied for and received a Hope For The Warriors Spouse and Caregiver Scholarship, which allowed her to complete her degree (with honors!) and secure her license. 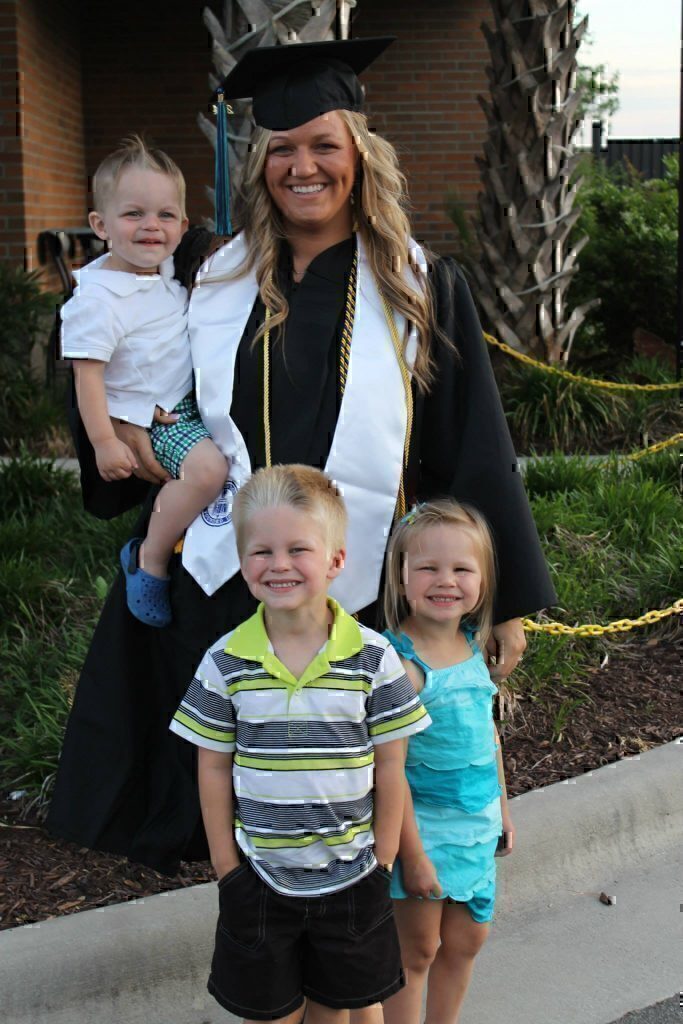 Recently, she even began pursuing a Master’s in Education with a Degree of Curriculum and Instruction at the University of North Carolina Wilmington with a projected graduation date of 2018. This past August she started teaching first grade.

Brittany is dedicated to sharing their family’s story with the hope that it will help other military families going through similar situations. “This is our journey; it was given to us for a reason. If sharing our story impacts one person, it is worth it.

“Almost three years later, I have found me again. I have a great job with wonderful people, teaching children about all the beauty in the world,” she shares. “My children are healthy and happy and my husband is alive, unlike so many of his brave and wonderful battle buddies we’ve lost. I have so many things to celebrate.”

About Hope For The Warriors

Hope For The Warriors provides a full cycle of care through many programs to restore self, family, and hope to post-9/11 service members, their families, and families of the fallen.

The organization was founded in 2006 on Marine Corps Base Camp Lejeune, in North Carolina, by military families that witnessed firsthand the effects of war on their families and community.

Since its inception, Hope For The Warriors has served approximately 10,000 service members, veterans and military families through a variety of support programs focused on transition; health and wellness; peer engagement; and connections to community resources.

To apply for services offered by Hope For The Warriors, volunteer or donate, visit hopeforthewarriors.org.

So thank you from someone who was you. You are the backbone of our country. You volunteered to sacrifice your life and your family for the greater good of the country, and not because you wanted to, but because you love someone who chose to. It is not always fair, but you will always be faithful.

Dear Dr. Kendra: I’ve Lost My Sense of Self Worth