(CNN) Joseph Lemm returned from a deployment in Afghanistan two years ago to surprise his family as his teenage daughter performed in a singing contest at a New York burger joint.

A New York police veteran and National Guardsman, Lemm hadn’t seen his daughter Brook, then 14, son Ryan, then 2, or his wife, Christine, in nearly a year, CNN affiliate News12 reported.

In addition to catching up with loved ones, Lemm had other simple things on his mind: “Pizza. Can’t wait for a pizza and a nice American burger. Something that’s not frozen before it gets to you, that’s what I’m looking forward to,” he told the station.

Flags will also be flown at half-staff on government buildings in New York City, according to Mayor Bill de Blasio.

“Staff Sgt. Joe Lemm served this nation with the selflessness and bravery that embodies the U.S. Armed forces and the NYPD,” Cuomo said in a statement.

“On behalf of all New Yorkers, I extend my deepest condolences to his family, friends, fellow officers and service members.”

Lemm, 45, was a 15-year NYPD veteran who was promoted to detective in January 2014, serving in the Bronx warrant squad, according to a statement from Police Commissioner Bill Bratton.

As a member of the NYPD, Lemm was deployed three times, twice to Afghanistan and once to Iraq. 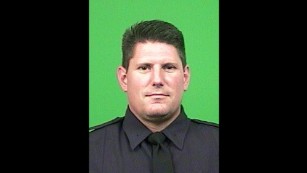 Lemm — a resident of West Harrison, New York, assigned to the 105th Security Forces Squadron, which is a part of the 105th Airlift Wing at Stewart Air National Guard Base in Newburgh — leaves behind his wife and two children.

The Air Force on Tuesday identified the six people who died in a news release, listing their ages, hometowns and units.

Among them was Maj. Adrianna Vorderbruggen of the Air Force. A pioneer in the protest against the military’s former “don’t ask, don’t tell” policy, she was one of the first openly gay service members to marry after the policy was ended in 2011. The group Military Partners and Families Coalition confirmed her death on its Facebook page. 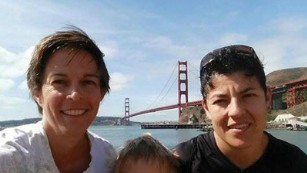 “Major Vorderbruggen leaves behind her wife, Heather, and son, Jacob,” the group said. “We do find comfort in knowing that Heather and Jacob are no longer in the shadows and will be extended the rights and protections due any American military family as they move through this incredibly difficult period in their lives.” She was 36.

Read the full article at CNN.com.

The Most LOVING Gift You Can Give this Holiday Season