13 Photos of What NOT to Wear to a Wedding

by Guest Author
in Entertainment
0

Ever been to a wedding where someone’s outfit got more attention than the couple getting married? Or where a military tradition got a little out of hand?

Or where a mishap with the bride’s dress created a completely unplanned distraction? These people have — and they told us their most outrageous wedding attire stories. We’ve removed their names just to be sure we won’t get anyone into trouble… 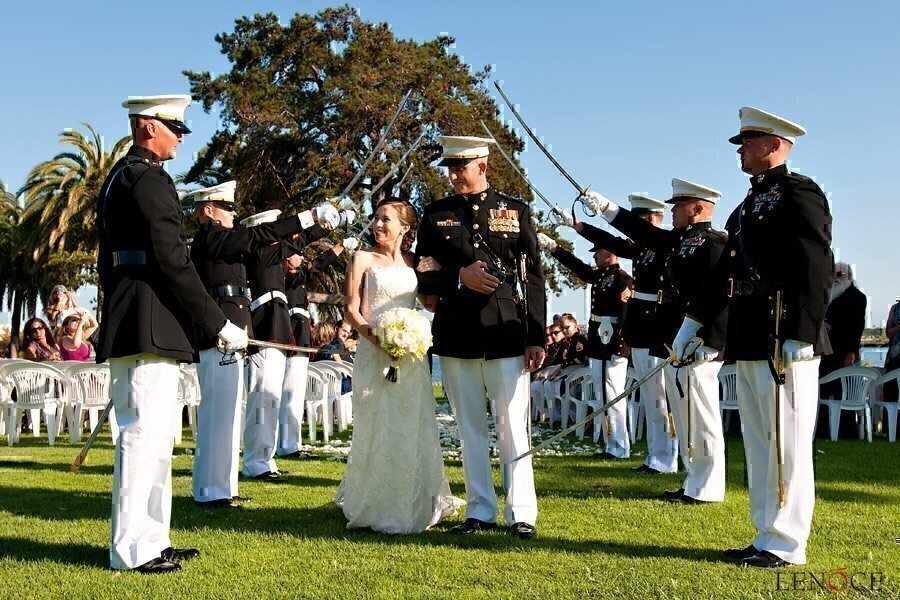 “I went to a Marine Corps wedding in the early Spring, and as tradition, the bride and groom walk out under the arch of swords and the last swordsman traditionally “taps” the bride on the dress or shoulder (or behind!).  Well, I guess he did it a little harder than she expected on her behind (or in her excitement she forgot it was coming) and she jumped so high and slipped on nearby melting ice–she fell to the ground and her entire dress was covered in mud.”

“I went to a wedding where the groomsmen were all wearing their uniforms, and there were many military members in attendance.  Well, one of the guests had served in the Navy many, many years ago, but still wanted to wear a uniform.  Except, um, it didn’t really fit.  He looked pretty uncomfortable, and during the dance portion, he ended up splitting the seam on his pants!”

“My aunt does competitive ballroom dancing, which usually involves outfits that attract a great deal of attention. One of her dresses is bright pink with sequins and is very revealing at the top and bottom. She thought this was a good choice for my brother’s wedding since she would be dancing. It was so embarrassing!”

“I went to a wedding once where a female guest not only wore white — she wore an actual wedding dress.”

Easy Way To Prepare for a Summer PCS Now!