For four Marines, reunion photo after 50 years means getting it right

PALM COAST, Fla. — They wanted the picture to be just right, to look as close as possible to the one they’d taken together 50 years ago, back when their memories hadn’t yet been clouded by the images of war.

Bob Falk, 71, wearing a mirror-image blue-and-white striped shirt, leaned against the longboard’s left side, resting his spare hand on his hip.

Dennis Puleo, 69, removed his shoes, revealing the feet scarred by shrapnel, and pulled off his shirt, flanking the longboard on the right, mugging a wide smile for the camera with his arms extended.

Tom Hanks (not that one), 69, stepped in front of the board and took in a long, deep breath, flexing his still-thick upper chest and sucking in his now-paunchy belly.

Finally, Bob DeVenezia, 70, crouched down in front of Hanks, resting his elbows on his knobby knees, feeling Hanks’ hands placed on his back.

The picture couldn’t be a perfect copy. They had gray hair and wrinkled skin and undefined stomachs now. But it didn’t matter.

For the first time in five decades, they were together, trying to get it right. 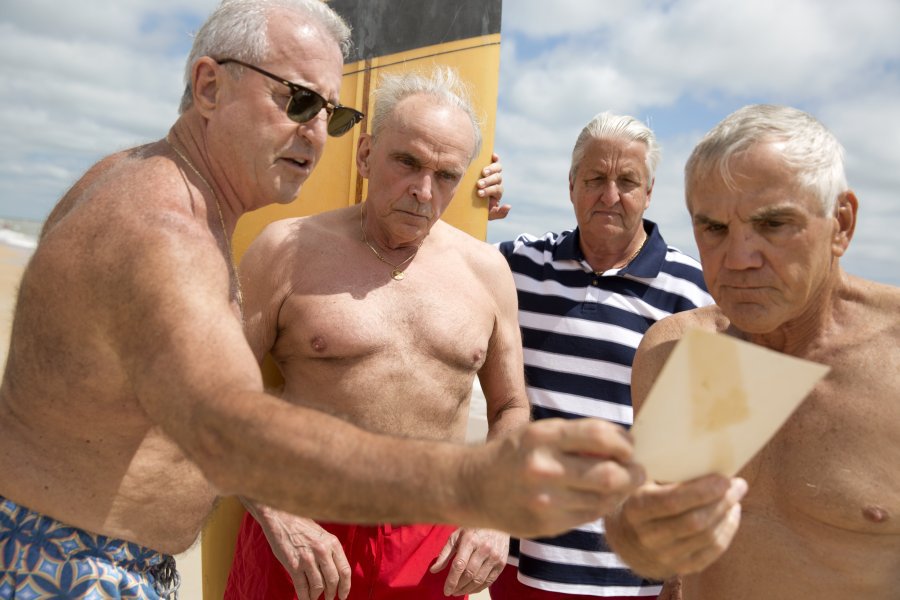 DeVenezia sat at the kitchen table in his East Naples condominium last week, trying to explain why it’d been 50 years since he’d been in the same room as three of his closest Marine Corps friends. He became quiet for a second, searching for the right words.

“We just broke up,” DeVenezia said. “Life is funny like that. I didn’t keep in touch with any of them. There was something about the Vietnam War and the negativity we kept hearing.”

In 1966, the four U.S. Marines were stationed together in Camp Pendleton, outside San Diego. The Vietnam War was ramping up, and together, they were part of a weapons platoon — three machine gunners and one anti-tank man — getting ready to ship off to East Asia.

Over the next two years, they’d train together and deploy together. Once in Vietnam, they’d separate, enduring many of the same horrendous conditions, if not the same action. Two of them would earn Purple Hearts. Each would experience the unexplainable fear of war.

Read the rest of the article here on wfaa.com.

4 Reasons You SHOULD Live on Base

Young and Married: A View From the Inside

Young and Married: A View From the Inside