A Recipe for Love Brings a New Career

by Military Spouse Team
in Food
0

The first impression you get when meeting Dellyn Kim is of a slightly shy young woman with a contagious smile and great degree of earnestness. The perception of any shyness, however, immediately flies out the window the second she starts talking about food. When asked what her last meal would consist of, her eyes lit up like fireworks and without hesitation and she says, “BACON!!”

Dellyn met Danny Kim in her native Philippines, where he was backpacking (26 countries in six years!) after an Army tour in Iraq. The two began dating and sharing their hopes for the future.

Dellyn was at a cr 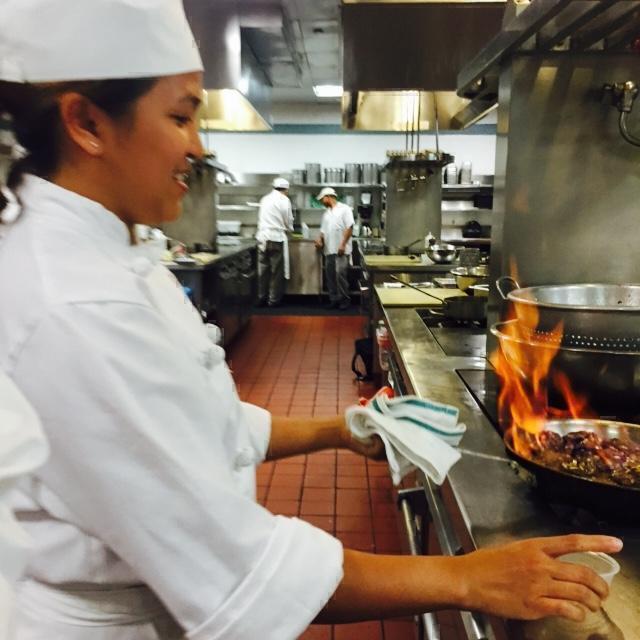 ossroads. She had been struggling with a career choice in teaching English as a second language to Korean students, and had turned to the kitchen for solace. She found, like so many in the culinary field, that she found her quiet “center” in that room amidst the bustle of her family and friends. After much through, Dellyn and Danny decided to get married and relocate to Danny’s native New Jersey. Upon arriving in the states, Dellyn started researching local cooking schools, seriously considering a career in the kitchen.

A risk in the kitchen.

She worked at an Asian restaurant in New Jersey as a prep cook, but felt that she wanted to formally study technique and learn how things should be done. That’s when her research lead her to the International Culinary Center in New York City. The school, known for its award-winning professional fast-track education for 30 years, offers a military scholarship for veterans, active military as well as their spouse or child (see sidebar). “I walked past the kitchens and immediately saw myself in that space,” she shares, “plus ICC graduate Bobby Flay is a mentor, so I knew I was in the right place!”

Danny says that the difference in his wife is remarkable. “I’ve noticed an increase in 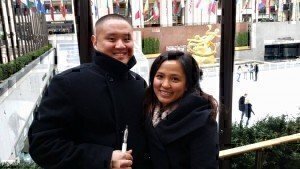 her self confidence, the way she carries herself,” he says warmly, and her smile lights up the room. Dellyn credits her Chef-Instructor Gabriel Ross for inspiration and support at the ICC, explaining that the school has really changed the way she does things and assesses situations in the kitchen. “I can’t believe I’m able to taillage! I never thought I would get that technique, but after much practice, my knife skills are so much better,” she says, adding that she has learned essential organizational skills and time management skills that are indispensable when working in a professional kitchen. After a few months training at the school, ICC’s Career Services department arranged for a paid externship at a highly rated Italian restaurant, Ai Fiore.

What’s she cooking up next?

Dellyn plans to attend ICC’s annual commencement at Carnegie Hall this spring, then take some time off; she and Danny are expecting their first baby in autumn. They plan on relocating to Colorado, where most of Danny’s family is now living, and hope to open their own restaurant, drawing strongly from their cultural roots–a Filipino-Korean fusion establishment that would feature many of their personal favorites (rice for Dellyn, adobo for Danny). “She’s a really good cook, and I’m really good at keeping up with bills and stuff, so I think we’ll do OK,” Danny jokes. Head of alumni affairs at ICC, Daisy Martinez, shares “Having met these two young people, there is absolutely no doubt in my mind that they will be very successful at anything they set out to do. We have an expression at the school that ‘Hard Work Tastes Good,’ and are thrilled to play a part in their next chapter.”

Day and evening programs available. Students eligible for the maximum in federal grants and 100% Post 9/11 benefits can attend with no out-of-pocket expense for the program.

ernational Culinary Center, to head up alumni affairs. She is a graduate of both the Professional Culinary and Sommelier programs at ICC.

3 Reasons Self-Care Should Be A Priority

My Honest Thoughts the Week Before Homecoming

My Honest Thoughts the Week Before Homecoming