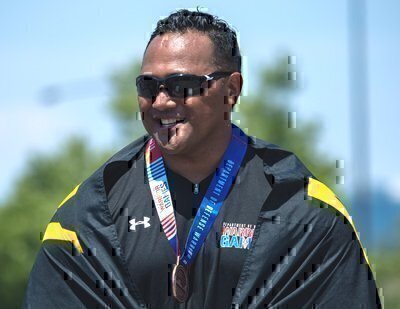 When David joined the Army in 1989 he told his mother not to worry; he wouldn’t go to war. Then he found himself in Desert Storm and, later, in the War on Terror.

In 2016, he transitioned out of the military because of injuries, including cardiomyopathy, PTSD and knee and ankle injuries, and went to through the Warrior Care and Transition program at Joint Base Lewis McChord, where he participated in adaptive sports, leading to going to Warrior Games trials. In 2016, he competed in the games for the first time and made a return appearance this year. 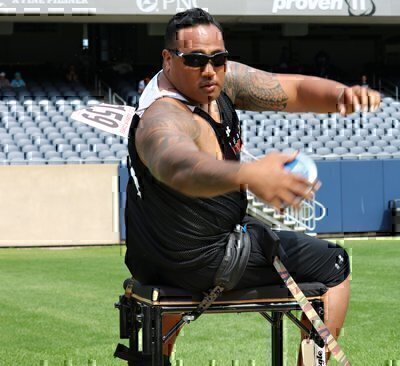 David loves competing, but more than that, he loves the camaraderie. “Seeing my teammates again. Being around like-minded people who get my sometimes dark sense of humor. Being part of a team again. Having a group of people who have a sole purpose to compete and do well, and to represent the Army with dignity, honor and pride.”

Adaptive sports gave David an outlet. “I was in a really dark place when I was transitioning out and going through PTSD,” he says. “Sometimes I just didn’t want to be here. The people suffering the most are my family. Having done something for nearly 26 years you become somewhat institutionalized. When it gets taken away from you because they tell you that you can no longer serve because of injuries, it hits emotionally and psychologically. My motivation is to be around for my kids and not find myself in that situation again. This has given me an opportunity to be able to focus my energies into a goal: going to compete. It’s not always the destination. The journey makes it worthwhile for me.” 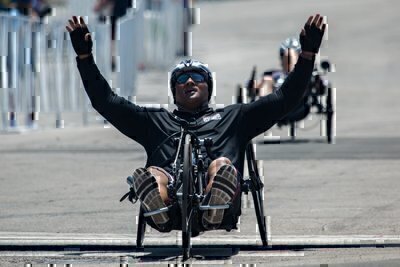 David and his wife, also an Army veteran, have been married for 16 years and have five children now – including a 1-month-old baby. “My kids are my team,” he says.

For David and many of his fellow athletes, the Warrior Games is therapeutic, not only physically, but also emotionally. And sometimes the emotional aspect is what is more needed. “Hold on in your recovery,” he says. “Seek help. You have to keep striving to get out of that hole. Sometimes you don’t want to but you have to force yourself up. I had my family and my faith to help me come out of there. Some veterans don’t. Every day you wake up breathing is a better day because your spirit is alive. Three months ago a soldier of mine posted on Facebook another soldier had taken his life. It hit me hard. All I can do is tell my fellow comrades I am here for you. I am here to help in any way. Just hold on.” 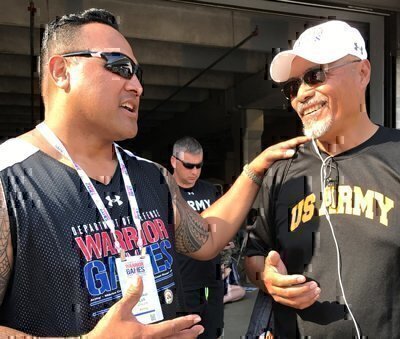 We Must Talk About Suicide

We Must Talk About Suicide

A Step-by-Step Guide to Self-Publishing Your Own Book