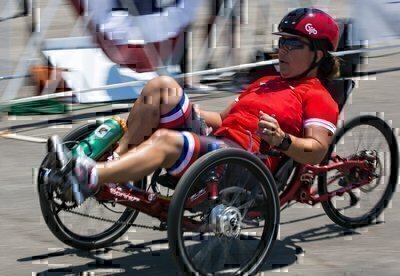 Last October, Patricia became involved in a warrior reconditioning program to rehab her injured back. She had never swum before, but chose that as her sport because of its low impact nature. Early this year the coaches started talking about the Warrior Games trials and said anyone who had the ability to go would. “I was required to participate in two events,” she recalls. “Swimming was my main event and I chose shooting as my second event.” Not expecting much, Patricia ended up leaving trials with three golds, one silver and one bronze. 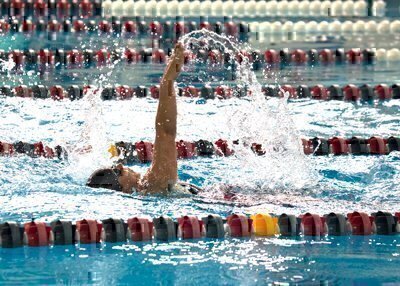 Before going to trials, Patricia heard fellow athletes complain they didn’t want to go. “But going there changed my life,” she says. “I wouldn’t have been able to do that had I not kept an open mind. You have to be positive in everything you do. For me the turning point was when I decided to stop feeling sorry for myself and start working for myself. Without trials, I wouldn’t be the Marine or athlete I am right now. Having confidence and coaches backing you up and rooting for you boosts you. I think it’s all due to having a positive attitude and allowing the people around me to influence my recovery. If you keep a closed mind and don’t let people in you’re going through it by yourself. There are so many people and resources available. It’s not worth going alone.”

Patricia’s family also has been with her every step of the way. The dual active duty couple has an 11- and a 6-year-old daughter. She recalls winning gold in shooting at trials and calling her husband, asking if he had told their daughters yet. He hadn’t because he wanted Patricia to tell them herself. “So he puts me on speakerphone and I tell my kids I won gold,” she says. “My daughter said, ‘Mom, I don’t know what you’re talking about but you sound so excited and I’m so happy for you.’ Even when they don’t understand what’s going on or exactly how I’m being affected, they support me 100 percent. 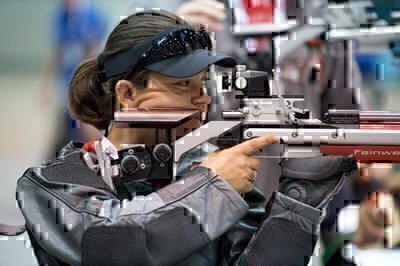 “My husband and I beat the odds. I don’t know many dual active duty military couples who are still happily married. And we are. We’re just as in love today as we were the day we got married. Probably more so. Having children there is a blessing. I feel blessed to have had them here by my side.”

Her beloved family is Patricia’s motivation for pushing through even when it’s hard. “I realize the Marine Corps won’t always be around for me. I’d love for it to be, but it’s not. Every day my family is ultimately what my responsibility is. I have to be strong and set an example for my children and make sure I’m taking care of them. If I didn’t push through I wouldn’t be accomplishing that.”