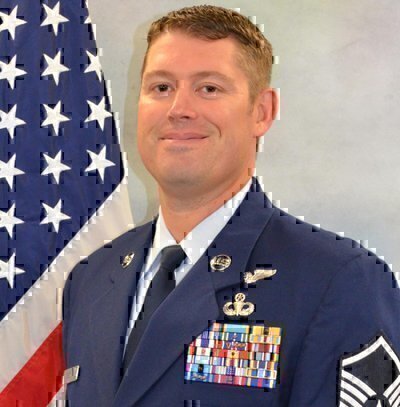 Frankie joined the service 23 years ago at the suggestion of his father. After 9/11 and several subsequent deployments to Afghanistan, he and his family purchased a home. But then the housing market crashed and he was injured, putting the family under financial duress. Frankie connected with the SOCOM Care Coalition Program, which asked him to participate in activities to help communicate his injuries and financial struggles on a personal level to leadership. He even testified before Congress.

The program’s contact asked Frankie to join the SOCOM Warrior Games team as a personal favor in the 2011 games. “I was fighting so hard to get back into my job jumping again,” he recalls. “The Warrior Games and athletic events weren’t on my mind. I wasn’t ready to admit I couldn’t perform my duties at that point; I was in denial.”

Yet he agreed to be on the SOCOM team and today the soon-to-be-retired airman just competed in his second Warrior Games. “It’s absolutely essential to have those sports because my job was outdoors, high adventure and a lot of pushing yourself beyond mental and physical capacities. These types of sports allow us to engage as a team and compete, but still touch those areas in a different way.” 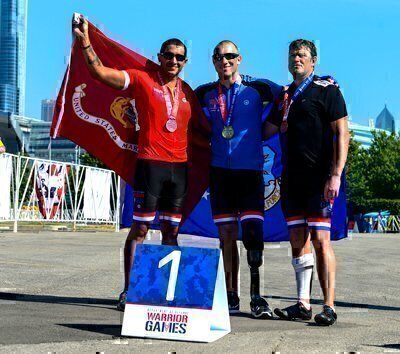 After the 2011 games, Frankie resumed active duty and assumed a leadership position. After a deployment to Turkey, though, he realized he was pushing himself physically and mentally to the point he was having trouble mentally processing and being a good father and husband. “I needed to slow down,” he said.

When he got emails from SOCOM about this year’s training camp and Warrior Games, Frankie asked command if he could participate. “I felt guilty asking my command if they minded if I did this,” he said. “It’s not easy to look at your brothers and ask them to carry your weight. Command told me absolutely. They give back to us just as much. They don’t make you feel guilty; I put that on myself. To do things like this is exactly what commanders want and what these programs are designed for. It gives you access to people who are going through similar circumstances.”

During the arduous road of recovery, Frankie recommends doing a lot of reflecting and to just breathe. “It’s not if we fall,” he says. “We all fall and we’ll all be tested. It’s those times we’re tested you look inside of yourself and see what kind of heart you had. Those are the moments that define you.”

One thing Frankie couldn’t have done without? His family. He describes his wife as his hero. His rock. “My family has seen the worst of me when I’m hurt and mentally challenged,” he says. “They’re the ones who see the damaged human being I am. They had to endure moving and personality changes in me. One day I was super physically fit, very confident and doing a very challenging job. The next day I wake up and I’m a different human being – not whole or complete. I stayed in a hospital for up to two years. It was devastating. My family had to see the change, the anger, the irritability.