13 Things You Never Knew About Halloween

by News
in Holidays, News
0

Halloween is the spookiest night of the year, when spirits wander the earth freely and children wander the neighborhood seeking candy and causing havoc.

But how much do you really know about Halloween?

We rounded up 13 of the best facts about Halloween, from its history to bizarre laws targeting mischief makers. You might be surprised at what you find. 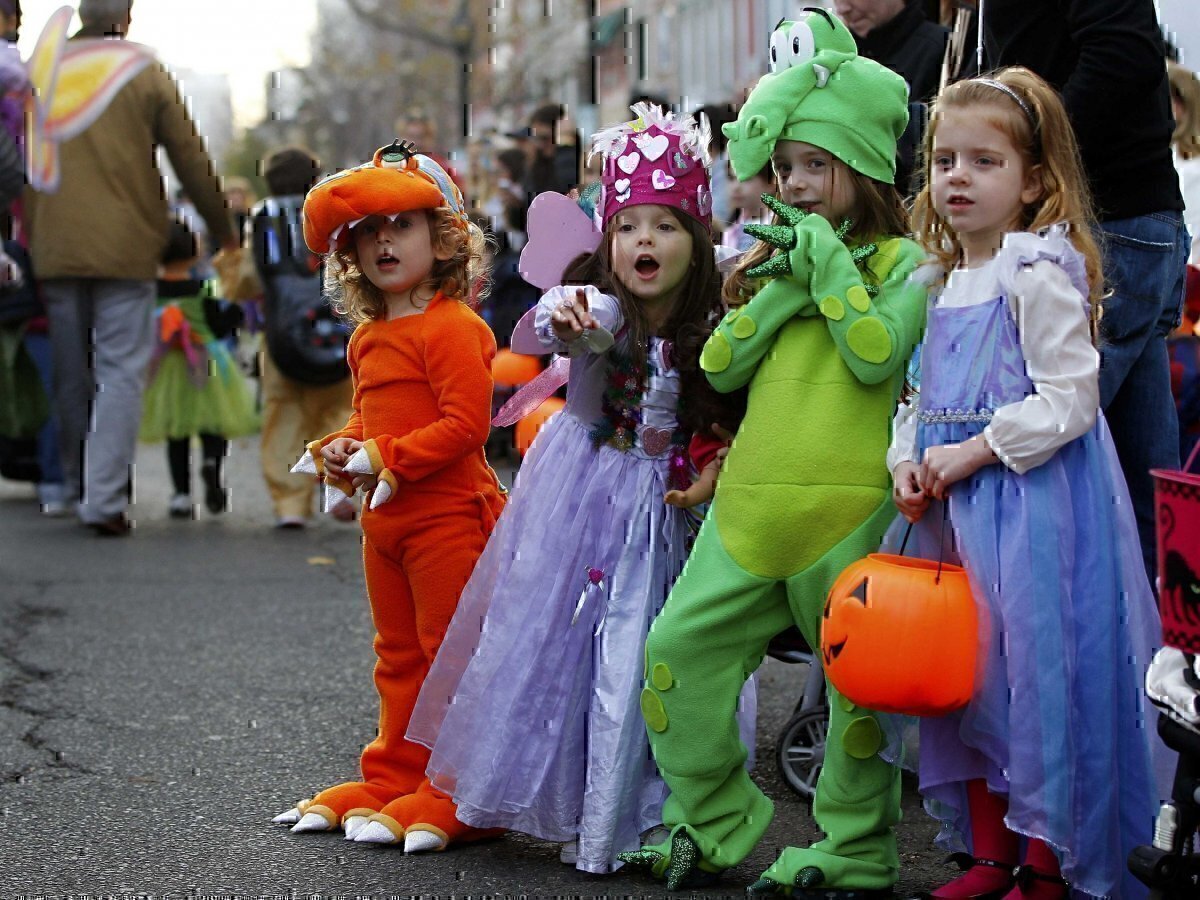 Time to learn a thing or two about Halloween. pc: Reuters/Gary Hershorn

1. There’s a $1,000 fine for using or selling Silly String in Hollywood on Halloween.

The prank product has been banned in Hollywood since 2004 after thousands of bored people would buy it on the streets of Hollywood from illegal vendors and “vandalize” the streets. The city ordinance calls for a maximum $1,000 fine and/or six months in jail for “use, possession, sale or distribution of Silly String in Hollywood from 12:01 AM on October 31 to 12:00 PM on November 1.”

2. Dressing up on Halloween comes from the Celts.

Celts believed Samhain was a time when the wall between our world and the paranormal world was porous and spirits could get through. Because of this belief, it was common for the Celts to wear costumes and masks during the festival to ward off or befuddle any evil spirits.

3. The moniker “Halloween” comes from the Catholics.

Hallowmas is a three-day Catholic holiday where saints are honored and people pray for the recently deceased. At the start of the 11th century, it was decreed by the pope that it would last from Oct. 31 (All Hallow’s Eve) until Nov. 2, most likely because that was when Samhain was celebrated and the church was trying to convert the pagans.

4. We should carve turnips, not pumpkins.

The origin of Jack-O-Lanterns comes from a Celtic folk tale of a stingy farmer named Jack who would constantly play tricks on the devil. The devil responded by forcing him to wander purgatory with only a burning lump of coal from hell. Jack took the coal and made a lantern from a turnip, using it to guide his lost soul. The myth was brought over by Irish families fleeing the potato famine in the 1800s, and since turnips were hard to come by in the US, America’s pumpkins were used as a substitute to guide lost souls and keep evil spirits like “Jack of the Lantern” away.

Black cats, spiders, and bats are all Halloween symbols because of their spooky history and ties to Wiccans. All three were thought to be the familiars of witches in the middle ages, and are often associated with bad luck.

Bats are even further connected to Halloween by the ancient Samhain ritual of building a bonfire, which drove away insects and attracted bats.

One of parents’ biggest fears is that their child’s Halloween candy is poisoned or contains razor blades.

In reality, this fear is almost entirely unfounded. There are only two known cases of poisoning, and both involved relatives, according to LiveScience. In 1970, a boy died of a heroin overdose. The investigators found it on his candy, but in a twist they later discovered the boy had accidentally consumed some of his uncle’s heroin stash, and the family had sprinkled some on the candy to cover up the incident.

Even more horrifically, in 1974 Timothy O’Bryan died after eating a Pixy Stix his father had laced with cyanide to collect on the insurance money, according to Smithsonian Magazine.

And now, parents in Colorado are worried about their children eating candy infused with marijuana. We’ll have to wait to see how widespread this problem turns out to be.

Candy makers supposedly lobbied to extend daylight savings time into the beginning of November to get an extra hour of daylight so children could collect even more candy (thus forcing people to purchase more sweets to meet the demand). They wanted it so badly that during the 1985 hearings on daylight saving time, they put candy pumpkins on the seat of committee members, according to NPR. (The candy industry disputes this account, according to The New York Times.)

Invented by George Renninger, a candy maker at the Wunderle Candy Company of Philadelphia in the 1880s, Candy Corn was originally called “butter cream candies” and “chicken feed” since back then, corn was commonly used as food for livestock (they even had a rooster on the candy boxes).

It had no association with Halloween or fall, and was sold seasonally from March to November. After World War II, advertisers began marketing it as a special Halloween treat due to its colors and ties to the fall harvest.

9. A full moon on Halloween is extremely rare.

Though a common trope in horror movies and Halloween decorations with witches flying across the full moon, it’s actually extremely uncommon for the monthly event to coincide with October 31, or any other date, for that matter.

The next full moon on Halloween won’t occur until 2020. The most recent Halloween full moon was back in 2001, and before that it was in 1955.

Halloween originates from a Celtic tradition called Samhain, a festival that marked the end of the Celtic calendar year in Ireland, Scotland, and the Isle of Man. They believed it was a time that spirits or fairies could enter our world, and the Celts would put out treats and food to placate the spirits — sometimes, a place at the table was even set for the souls of the dead.

11. Trick-or-treating has been around for a long time. Versions of trick-or-treating have existed since medieval times. In the past, it was known as “guising” where children and poor adults went around in costumes during Hallowmas begging for food and money in exchange for songs or prayers. It was also called “souling.”

12. Trick-or-treating as we know it was re-popularized by cartoons.

Trick-or-treating was brought to America by the Irish and became popular during the early 20th century, but died out during WWII when sugar was rationed. After the rationing ended in 1947, children’s magazine “Jack and Jill,” radio program “The Adventures of Ozzie and Harriet,” and the “Peanuts” comic strip all helped to re-popularize the tradition of dressing up in costumes and asking for candy from door-to-door.

By 1952, trick-or-treating was hugely popular again.

13. Halloween is the second-most commercial American holiday of the year.

The candy industry in America rakes in an average of $2 billion annually thanks to Halloween (that’s 90 million pounds of chocolate).

Americans spend an estimated $6 billion on Halloween annually, including candy, costumes, and decorations, according to History.com. (The most commercial holiday in the US is obviously Christmas.)

8 Silver Linings You Can Find in Infertility

13 Reasons Halloween Is Actually The BEST

13 Reasons Halloween Is Actually The BEST