Bringing Miss America to Your Duty Station: Every Military Spouse Deserves a Crown

by Military Spouse Team
in Friends
0

For as long as I can remember I have enjoyed watching the Miss America competition. My mom, sister and I would settle in on the couch in our pajamas and tune in to watch these glamorous ladies from all across our nation compete for the crown. As a child, I was in awe of their fancy dresses. As a teenager, I admired their poise and confidence. And as I continued to grow up, I was fascinated by how young women from every state in the Union were so focused and dedicated to this one goal they had set before them.

Maybe I was intrigued because I spent my entire childhood living in the same city. I even married my high school sweetheart, a fellow North Carolinian. But when he commissioned into the Air Force, we suddenly found ourselves relocated to base housing in a tiny town in Mississippi for a year of training. I had never lived out of state and this place seemed like a world away from all of the friends and family that I had ever known.

Every street in our neighborhood, Capital Village, was named for a state capital. For example, you could drive down Dover, walk your dog on Topeka or visit the park on Albany Drive. We moved into our outdated duplex, constructed at some point in the 1950s, and tried to make it as cozy as possible. The parquet floors had no less than 100 coats of polyurethane, competing only with the excessive layers of paint on the walls, that had been added every time an occupant moved out. Next door and down the street lived all the other newlywed lieutenants.

There were a few exceptions, but mostly we found ourselves surrounded by couples in our same stage and season of life. It wasn’t glamorous, but we were all in the same boat. 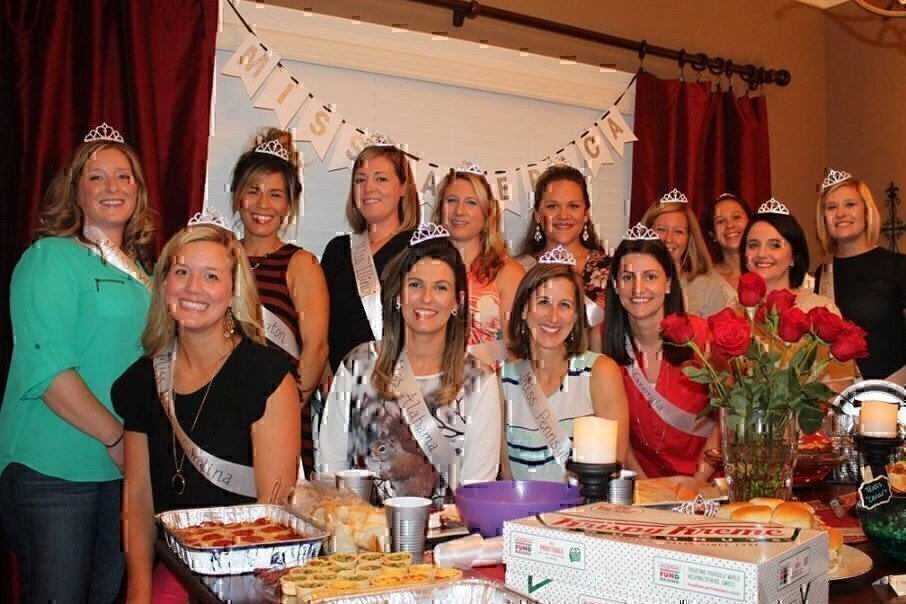 It didn’t take long to begin meeting neighbors. There was a unique sense of easy camaraderie that came from easily identifying with one another: new to marriage, new to the area and for many of us, new to the military. For the most part, friendships came easy, as everyone felt like the new kid on the block, even in different phases of training. Backyard barbecues, track selects and assignment nights at the base club brought everyone together. It was easy to bond over what we had in common. But it was also fun to learn about everyone’s different experiences.

While I grew up vacationing on the beaches of the Outer Banks, my Wyoming friend looked forward to her wintertime on the ski slopes. I learned that college football is practically religion in Michigan and Alabama, and that Mrs. Butterworth’s is no substitute for real maple syrup if you come from Vermont. While I enjoyed activities like tennis, reading and scrapbooking (if hauling around bins of photos and supplies counts), I discovered our new duplex neighbors from Maine loved going turkey and moose hunting.

That’s the first moment it really hit me that even though our current existence looked so similar, we were sharing a wall in the same house for goodness sake, we each brought our own unique experiences to the table.

So it was only a few months after arriving in Mississippi that I decided to host a Miss America viewing party.

I can’t really remember what prompted the idea, except that I had always enjoying tuning in and thought that it would be more fun to watch with my new friends rather than by myself. I wasn’t sure what the response would be to the idea, but surprisingly, it was met with quite a bit of enthusiasm.

The evening of the party, instead of rallying behind one contestant, it was a living room full of women rooting for their home states. 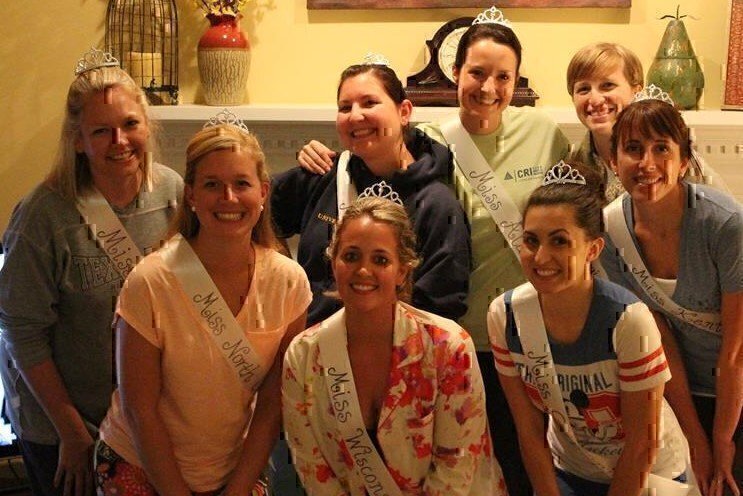 Now, over a decade and several duty stations later, the “Miss America Party” has been an annual tradition. As is the nature of military life, it always brings a different group of ladies together. The idea has evolved, too.

There’s a potluck where each guest brings a dish to represent their home state.

As a native of the Tarheel state, that usually means I serve pulled pork barbecue sandwiches or a platter of glazed Krispy Kreme doughnuts. Guests have brought everything from Miss Idaho’s potato soup to Miss Colorado’s “special” brownies.

Sashes made from white satin ribbon and a black sharpie, along with plastic tiaras are given to every guest upon arrival. A bouquet of red roses serves as the centerpiece of the table and goes home with whoever takes home the crown, or at least makes it the furthest in the competition. Some years, we’ve kept it low key and watched wearing pajamas. Other years, like this one, we’ll be wearing evening gowns. I haven’t had the nerve to suggest swimsuits… yet. 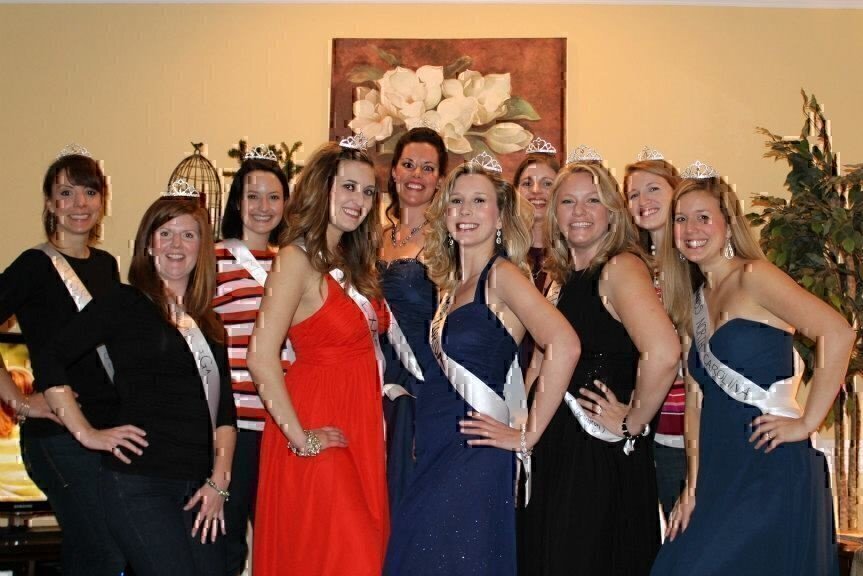 And while I didn’t realize it all those years ago, I think why this event seems to resonate with military spouses is because on a simple level Miss America is a metaphor for our lives. We come from all over the nation, as far ranging as Alaska, North Dakota, Connecticut and Arizona. And while the civilian world might classify us “military wives” as one and the same, we all have something unique to offer. Our talents and skills are varied.

While there are some talented baton twirlers in our midst, I’m talking skills that make us mothers, medical professionals, entrepreneurs, educators, and even special agents. While we can parade around in a formal gown at a military ball, we also have the poise to carry on through long deployments and TDYs, each in our own beautiful way. Among our community of women from red and blue states, an interview would reveal a vast range of opinions, on everything from parenting to politics; yet, we’ve all resolved to stand alongside our spouse in uniform.

The beauty in this wonderful pageant of people, is that instead of competing, we are working together to support our families and our nation. I don’t think it’d be hard to convince any panel of judges, that every military spouse deserves a crown.

6 Ways to “Fall” In Love With Your Military Spouse Again

How Mediation Supports Co-Parenting Through Divorce

How Mediation Supports Co-Parenting Through Divorce