The Top 10 Most Haunted Military Bases

by Kristi Adams
in Holidays, Life
0

Spend a little time around any military installation, and you’re bound to hear tell of ghosts and urban legends. Often, the local gossip is just that, mere myth and fabrication.

But sometimes, an area is beset with enough spooky evidence that is hard to ignore, as is the case with the following ten haunted military bases. 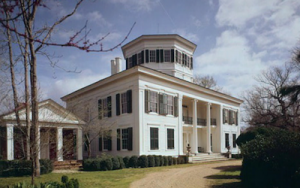 With reports of a ghostly cavalry still reporting for duty, the academy often pops up on most haunted lists. In 2017, ‘Thrillist’ named West Point the most haunted place in New York and in 2019, ‘Start Strong, Stay Strong’ ranked West Point as the 5th most haunted military base.

Of particular interest is Room 4714, where an opalescent figure is said to drift in and out of stone walls, terrifying first-year plebes as they settle into their new sleeping quarters.

Perhaps, not so coincidentally – Sleepy Hollow and West Point are a mere 42 minute drive apart. Maybe that’s also part of the reason Ed and Lorraine Warren – the famed ghost-hunters whose stories inspired films, “Annabelle,” “The Conjuring,” and “The Amityville Horror” – also lectured at the academy in the 1970’s. 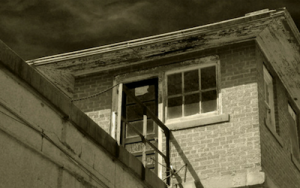 Fort Leavenworth’s Frontier Army Museum has documented nearly three dozen haunted houses, making Leavenworth one of the most haunted Army installations. The museum has dockets of stories captured throughout the base, and from the nearby correctional facilities of: U.S. Penitentiary Leavenworth, U.S. Disciplinary Barracks and Midwest Joint Regional Correctional Facility, where multiple inmates within the facilities are on death row.

The museum’s stories are so well-told, that their annual “Haunted Fort Leavenworth Tours” sell out weeks in advance. 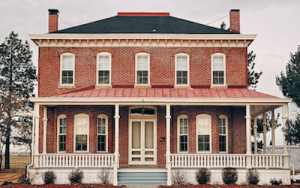 F.E. Warren is old, having begun operations in 1867 as Fort D.A. Russell. Airmen stationed here have reported other-worldly screams so terrifying that they’ve called base Security Forces to report it. The responders understand, because in the Security Forces Group Building 34, K-9 units whimper and whine at the staircases. The building was once the base hospital, its basement, the morgue.

On-base housing residents offer the following advice: “Want to know if your house is really haunted? Wait for Halloween, and see if the trolley tour pauses by your driveway.”

Tips for the Chief Entertainment Officer: Free tickets for YOU!

Don’t Give the Grinch an Inch of Your Holiday Time

Dear Military Spouse, I Know You Did Not Actually Know What You Were Getting Into

Milspouses Are Giving Back This Season – And You Can, Too!