by Kate Dolack
in Military Marriage
0

I thought I’d share a list of my favorite romantic military-themed movies (in no real particular order.) Of course, romance in military marriage isn’t everyone’s cup of tea, which is why each movie on the list contains a little something for everyone: romance, drama and heart-pounding action!

Some of these you’ve likely seen before, but are worth another watch. While others you may have never seen! Thanks to advanced viewing technology, all of these movies are available to rent/watch on Netflix, Amazon, or iTunes! So load up your movie queue, pop your popcorn, get your blankets and tissues ready (and maybe your sweetheart, too!) and snuggle up with one of these favorites.  And let me know if I missed any. What else would YOU add to this list? 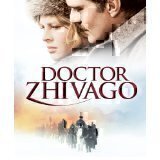 Let’s start this list out right with one of Hollywood’s most beloved movies, Dr. Zhivago.  Dr. Zhivago is set in Russia during World War I and tells the tale of a KGB Lieutentant searching for the daughter of his half brother, Dr. Zhivago (Sharif) and a woman named Larissa (Christie). What follows is a remarkable twist of events, a dreamy plot, and thrilling action. If you haven’t seen this flick yet, be sure to rent it. There is a reason it is the eighth highest grossing movie of all time. 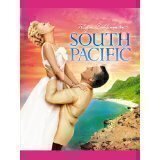 The 1958 romantic military-themed music version of South Pacific is a film adaption of the Rogers and Hammerstein musical of the same name. The film centers on an American nurse stationed on a South Pacific island during World War II who falls in love with a French ex-patriot. Another romance, between a US Marine Lieutenant and a young islander, also features heavily in the movie.

South Pacific explores two main themes: race and love in the time of war, but does so with in upbeat, (sometimes comedic) and candid manner. If you haven’t seen the movie or the musical, be prepared to recognize some of the score. In its original Broadway run, South Pacific won ten Tony Awards and is still considered one of the greatest musicals to hit the stage. With a satisfying ending and beautiful scenery, South Pacific is a definite must for snuggling up on the couch with your sweetheart (and kids!) 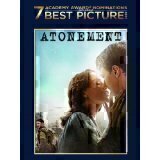 Atonement, a 2007 movie, is adapted from the 2001 Ian McEwan novel of the same name. Tissue alert! This film is a heart-wrencher that will pull you in and hold on to you until the final scenes. The book follows three British characters, the young Briony and lovers Cecilia and Robbie from the early 1930s and on through the course of their lives. While a fictional story, the movie follows real military and historical events and reveals their influence and impact on the individual characters lives.

The cinematography is nothing short of spectacular and the plot is riveting. The recipient of numerous awards, including the Golden Globe Best Motion Picture Drama, Atonement will keep you glued to your seat and clutching your sweetheart. 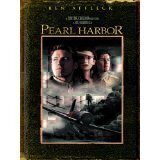 This fictional account of very real events follows the lives of two young pilots and a nurse, as well as a top-notch cast of supporting characters during World War II. The movie centers not only upon Pearl Harbor, but also touches upon theatre in Europe and in the Pacific.

The cinematography is beautiful and the eye-candy ain’t too shabby! I, for one, am always a fan of putting a personal story to historical events to make them more relatable. This is a classic ‘Big Blockbuster’ hit that is guaranteed to deliver! 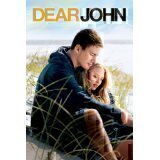 Oh, Nicholas Sparks, why do you do this to me so? You know what you’re getting into with a Nicholas Sparks flick: crazy romance, an east coast beach, a love triangle, and a snobby/violent villain. In this case, the crazy romance occurs between a college student and an Army Staff Sergeant, the beach is in Charleston, South Carolina, the love triangle involves a neighbor, and the violent villain is the war in Afghanistan.

Despite mixed reviews, the movie was a box office success. Sparks delivers as he always does so this movie certainly deserves a spot in a romantic military-themed movie marathon.