by Kate Dolack
in Military Marriage
0 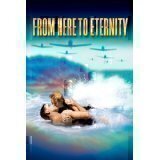 You may not be familiar with the movie, but you’re very likely familiar with the famous scene in which Debroah Kerr and Burt Lancaster rush to the beach and passionately makeout. I mean, how many times have you wanted to recreate that?

From Here to Eternity centers around three soldiers stationed in Hawaii in the months leading up to the attacks on Pearl Harbor. This classic film has enough drama, comedy, romance and military action to captivate even the pickiest viewer. There’s a reason why it’s not only listed as a top military-themed romance movie, but one of the top movies ever made. 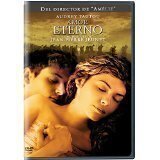 A Very Long Engagement is a French romantic war movie with an absolutely spectacular script and cast. The movie follows the plight of a young French woman as she desperately searches for her fiance who may or may not have been killed in the Battle of the Somme during World War I.

Filmed entirely in France, A Very Long Engagement delivers romance, military history, drama and sweeping fight-for-it-against-all-odds romance. It is told from multiple voices and features thrilling and heart-wrenching battlefield scenes. The film was nominated for a number of Academy Awards. This is not one of those movie you just put in and haphazardly watch, it will grip you and it won’t let go. 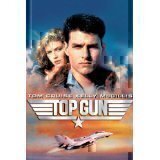 Fighter jets, flight suits, heart-pounding aviation action, an energetic soundtrack and sweet romance all rolled up into one film? Where do I sign up? Top Gun was THE hot movie of the 80’s and no matter how many times you’ve seen it, your knuckles will be white with every viewing! Top Gun has something for everyone. Have you lost that lovin’ feeling? If so, this movie will bring it back. I’ve always been partial to Goose, myself.  😉 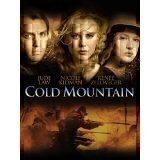 Cold Mountain is an American Civil War romance based on the book of the same name by novelist Charles Frazier. The movie largely depicts the story of a wounded Confederate deserter (Law) toward the end of the Civil War as he tries to return home to the love of his life. The movie unravels a gorgeous love story told through letters and through the perspectives of both the soldier and the friendship of the two leading actresses. The cinematography is spectacular, the script is wonderfully executed and the soundtrack is widely regarded to accurately represent the music and song from the particular region and time period.

Cold Mountain was nominated for over 70 awards, including 7 Academy Award nominations.  Renee Zellweger won the Academy Award for Best Actress in a Supporting Role. 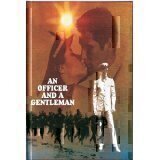 Classic, classic, classic. If you haven’t seen this movie yet, it’s a must-watch. An Officer and a Gentleman follows a hubba hubba Richard Gere as a Naval Aviation Officer Candidate. Debra Winger (who is in, my opinion, one of the best actresses of our time) plays a townie who works in a factory and develops a delicate, real and occasionally heart-breaking with a young Gere. Featuring scenes that will make you laugh, cry and bawl your eyes out, this is the perfect romantic military-themed movie. Louis Gossett Jr. won an Academy Award for Best Supporting Actor. The final scene is one of my favorites of all time.

And the number one most romantic military-themed movie is……