by Katherine Gauthier
in Relationships
0 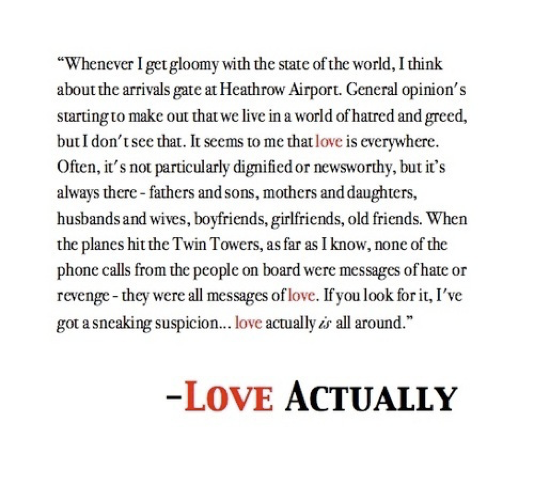 I don’t think I can put into words how much I adore that passage from Love, Actually. I probably watch the movie a half dozen times each year and relate so much to what Huge Grant’s character says. No matter how hard Nicholas Sparks tries to convince us, and what Hallmark banks on us believing, love really isn’t often all that dignified or newsworthy. It’s the moments we will never forget, no matter the circumstances surrounding them….

I am a very difficult person to surprise. We’d taken a romantic day off months before this upcoming trip to look at rings. Also, I was recovering from major knee surgery and this night was the first time I’d worn heels since the surgery. We went to a family reunion in Vegas, while we went off for a romantic dinner alone, I figured that couldn’t be the night because you don’t ask a proper Italian girl to marry her without getting her dad’s permission first and he’d hardly seen my dad at that point. Off we go to the Paris hotel to sit on the patio and watch the fountains at the Bellagio. Remember, first night in heels after surgery so when he suggested we walk across the street to see the fountains standing up close instead of from the comfort of our table I wasn’t exactly accommodating. He worked very patiently to convince me the engineer side of him just had to see it up close while I whined the whole way! We got there and about 39 seconds into the show he starts talking to me. Being sweet, saying he loves me, I make him so happy. To which I think I replied “You made me come all the way over here to see this, lets watch it.” But he started stuttering and stammering and I looked at him and I could see in his face he was nervous as all get out, and I noticed he’d turned our camera on us instead of the fountain. He started talking again…He loves me, so happy, only one thing could make him happier…And that’s when he dropped down and the people around us freak out and he pops the question! I said yes! I didn’t even see the ring before I answered. Of course this was Vegas and the lady behind us was so drunk she was crying and blubbering about how it was the most romantic thing she’s ever seen! She offered to take our picture and off to dinner we went. Sitting at dinner, we were excited to watch the video of the proposal, only the camera wasn’t on us! It was on the drunk woman… She was blubbering and pointing and carrying on in our video! Still it was amazing and I was completely surprised as he’d snuck the ring in our luggage and he’d talked to my proper Italian parents a month or so before the trip when he secretly flew to Chicago and back! I love that man.

It’s military engagements that happen after short courtships full of phone calls, letters, emails, Skype conversations to get you through the long deployments…..

Jason had been deployed for more than six months. As soon as he walked off the plane he got on his knee and asked me to marry him. We were married within three months and moved to our first duty station as a family four months later.

We met through Mike’s cousin, who was also my best friend. We actually only talked on the phone for six hours before he was leaving for six month deployment. We agreed to keep in touch over his deployment, but when I didn’t hear from him for two days I assumed that he wasn’t interested. Then, I get this phone call from him. He’d just made a huge rescue (he was a Navy search and rescue swimmer) in the middle of Hurricane Floyd. He had received a medal, was interviewed for Dateline, and it was a huge honor. He said he called me before he even called his parents or any family. He said that he just really wanted to tell me. I knew in that moment he was who I wanted. We didn’t meet face-to-face until six months later, and were engaged two months after that and married the next year. That was 14 years ago!

And it’s engagements that are not just photo-worthy….

We had gone out to dinner for my husband’s birthday. Since we were all dolled up, I thought that it just might happen while we were out in town, but dinner and dessert came and went, and nothing. By the time we got back to the hotel, I wasn’t feeling well and asked him to run to the store and get ginger ale for my stomach. When he returned I was anything but cute. It was like a reverse Cinderella. Contacts had been traded for glasses, my cute sundress became an oversized t-shirt and skivvies, and the perfect hair was pushed back out of my face. Since he knew I was miserable he asked if I wanted him to rub my feet and I wasn’t going to pass that up. He pulled me to the end of the bed and I just kept trying to pull him up, saying I could make room for him up there with me. It took a good couple minutes before I realized he was not sitting on the floor, he was kneeling. On one knee. With the ring. He told me he didn’t need a fancy setting or for me to be all dressed up for the moment to matter, he just needed me to agree to be his wife.

I was seven months pregnant on Christmas Day. We were laying together in bed when he rolled over and said, “Wanna get married?” No ring. No plan. Just the question. We went to the jewelers the next morning, bought rings. Two days later we went to the courthouse and got married. Me in my jeans, oversized black t-shirt, and Converse sneakers! Five years and three kids later I wouldn’t change a thing!

5 Little Ways to Spice Up Your Care Package Game

10 Military Spouse Benefits to Keep in Mind for 2016

10 Military Spouse Benefits to Keep in Mind for 2016