A Firsthand Perspective From Inside the Remains of Hurricane Harvey

by D'Antrese McNeil
in Coping
0

Hurricane season in the south is always an interesting one.

It’s unpredictable, moody and if it gets the energy to get worked up, it can do some major damage. I’m a native Houstonian and so is my husband. We lived through a few Hurricanes and tropical Storms, TS Allison, which flooded Houston like crazy the summer of my senior year of High School in 2001, the storm that never came Hurricane Rita in 2005 (which lead to thousands of deaths and hospitalizations), Hurricane Ike in 2008, and a few major ones in between those dates as well. 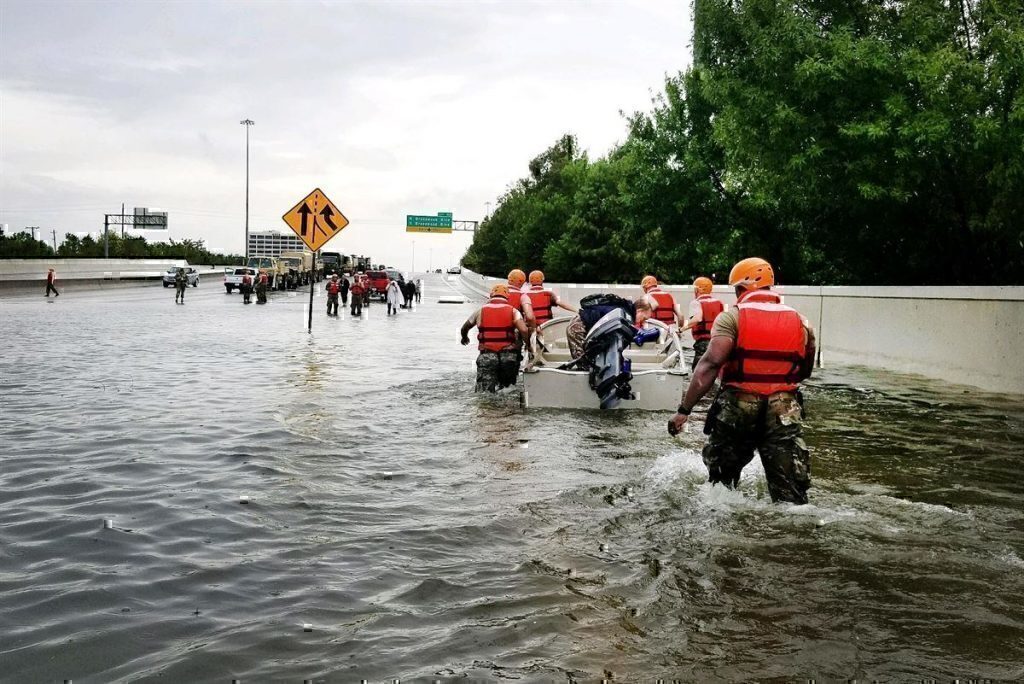 I often joke that I can survive any hurricane or any rain storm, (just not a snow storm…)

Listen, absolutely NOTHING prepared anyone for the devastation that Hurricane Harvey decided to deliver to Houston.

We’d literally JUST moved home 3 weeks after my husband’s separation from the Navy dead smack into the heart of hurricane central…and it’s not even over yet.

We were ready, had enough food to last us 2 weeks, including enough for his aunt to make her very slammin’ pot of gumbo (hallelujah for creole roots). We bunkered down in a Houston suburb called Baytown, with a total of 13 people in a 3 bedroom 2 bath house, 6 dogs and a partridge in a pear tree (literally). Our mayor, Sylvester Turner, had told us not to evacuate, rightfully so, and most decided to hunker down. We’d dealt with this before, so we thought we would be fine.

Day 1 was ok. The rain was hard and the wind was mighty, but we managed.

Then the rain decided to stay for days.

About 89% of Houston was underwater. We found that we were stuck, while we hadn’t flooded, the areas around us had. My grandmother lost her home. We lost a few things as well. A lot of our friends lost everything. My husband couldn’t start work immediately and money was running low. 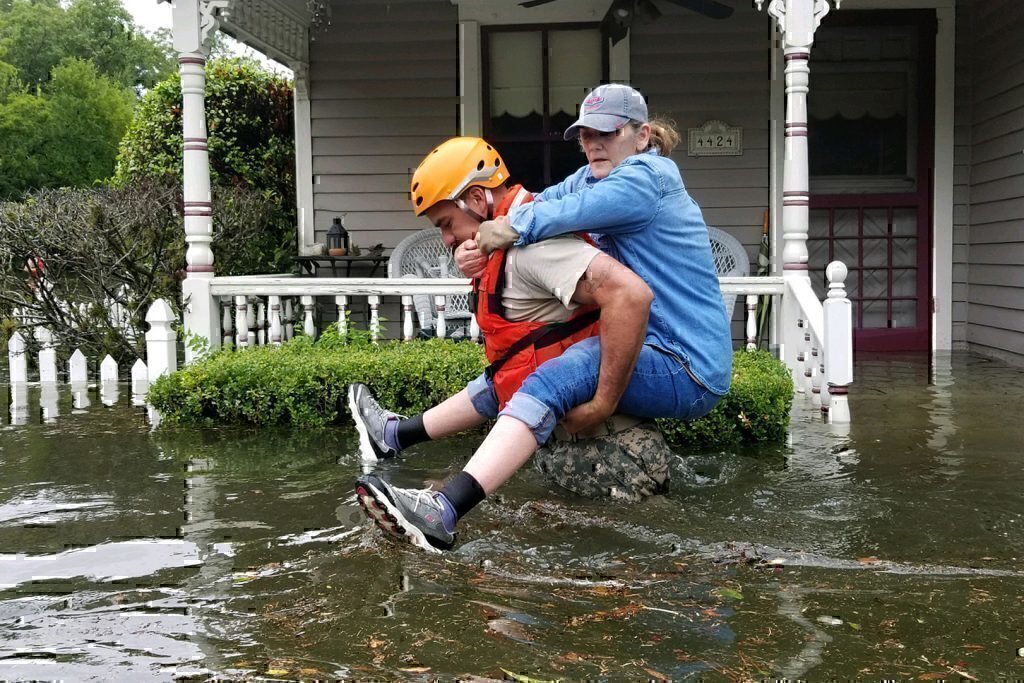 To top it off, I caught pneumonia and a nasty staph infection from a cut and couldn’t get treated for days because we were stuck. The place we were scheduled to move into flooded, so we had to hurry and find one that wouldn’t be price gauged, because we knew, unfortunately, the supply for non-flooded housing that was available was not lower than the demand.

We luckily found a place, but so many people didn’t. One area of Houston Named Addicks is STILL flooded. They have to continuously open the levees to prevent damage.

Those people are still in shelters.

I spent the majority of the days, while sick during Harvey, serving as a volunteer dispatch for people to be rescued. I think I probably slept 3 hours tops in those 5 days. I was working on Jesus fumes the entire time.

Afterwards, I headed downtown to work the nightshift at the shelters. Listen, Harvey hit everyone hard. People, including us, are still recovering from the financial hit everyone took. Homes are now shells, people are displaced in random parts of town, and it’s a slow process to rebuild.

But I am proud of my city. 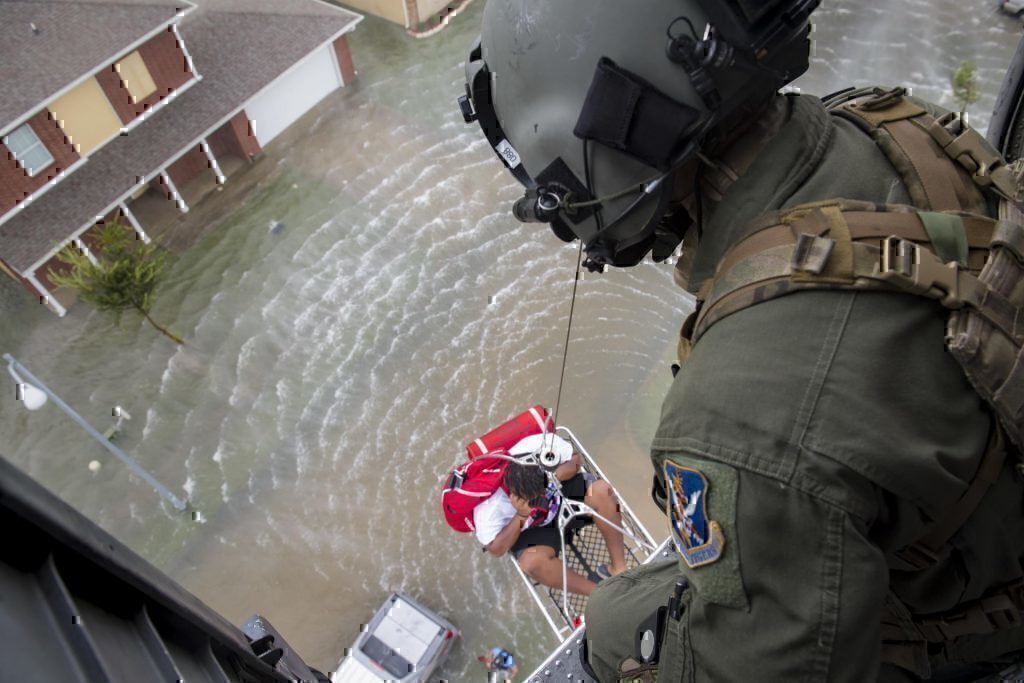 We literally showed the world how to come together and help each other. The stories I’ve heard and read resonated with my soul; neighbors who’d never spoken to each other for years were cooking and helping each other out.

People opening their homes to neighbors who flooded, I mean complete strangers y’all, was amazing. And out of the devastation only 47 deaths happened.

In a city that was mostly underwater. But we are all still very triggered and it’s a healing process. It decided to rain a week later and you could literally see the fear within some people, rightfully so given Houston did flood again in some areas.

But just as we bounced back those other times, we will be fine again. Houston is strong and resilient. Harvey did not break us, it made us Stronger.

Style Tips With Shari: When You Have NOTHING to Wear

5 Tips to Finding the Right Therapist as a Military Spouse

Sweet Success: How One Air Force Spouse Found a Way to Support Her Family Doing Something She Loves