Giving up Technology in a World that Won’t Let You

by Lauren Comer
in Life
0

For Christians around the world, March 1st marked start of Lent this year. Lent is observed as a 40-day period of reflection leading up to Easter, during which many give up something or make a sacrifice in remembrance of Jesus’ sacrifice and withdrawal into the desert for 40 days. Last year, I gave up Facebook. Some friends laughed at me, but I thought it was progress from my usual Lenten sacrifice of chocolate or candy – which let’s be serious, I was doing more in hopes of dropping a few pounds than anything. 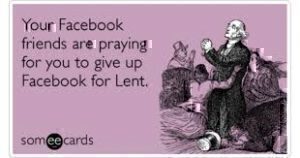 I gave up Facebook because I just had this nagging feeling I was spending too much time on my phone, and Facebook felt like the biggest culprit. Have you ever felt that? That pull to be on your phone, when you know you should really be observing and enjoying the world around you? We do have a pretty incredible world, after all!

As it turned out, I survived the 40 days without looking on Facebook, and actually didn’t miss it much. On the contrary, during that time I experienced that refreshing feeling you get when you go on vacation out of the country, and your phone doesn’t have service, so you can just leave it behind at the hotel, carefree!

But just as all vacations end, so did Lent, and very quickly I reverted back to my old phone-fixating, Facebook-cruising ways. So as I’ve been considering my new Lenten sacrifice for the year I struggle, as so many of us in our technology-driven world do, to understand what is the right balance for me.

I recently read the average American checks their phone every 6 minutes, which results in approximately 150 phone checks per day. Studies show this addictive and obsessive behavior is partly because technology – specifically social media – produces a dopamine hit in your brain.

Remember, dopamine is a neurochemical often referred to as the “reward molecule,” which means you get a mini “high” every time you look at your phone! 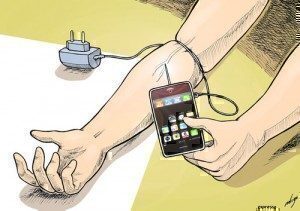 So from a biological and chemical perspective, it makes sense that we turn to our phones so often. It is easier to get a digital hug or neurochemical pick-me-up from our phones than to look for that same reaction in the “real-world” around us.

However, it makes me sad when I’m out to dinner and I see an entire table of people all on their phones, or I’m socializing with family and friends and we start looking at our phones during the first lull in conversation – usually just looking at Facebook or some other social media platform.

If we’re going to be on our phones when we get together, go out to dinner or while we watch TV, then why go out to dinner, have a party or turn on the TV in the first place? 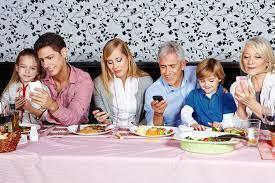 I say “we” and “us” because these observations aren’t accusatory. Although I feel like I have developed self-awareness related to these behaviors, I am often just as guilty. My husband will read this and nod his head, because just recently he had to pry me off my phone in order to pay attention to the movie we were watching (For the record, I was texting, but still unnecessarily eyeballs deep in technology. And for the double-record, he’s just as guilty because he spends much of his life in the social news-app, Reddit.)

Am I living my own life, or theirs?

It’s scary to think that through these behaviors, we are actually living other people’s lives – “friends” or even strangers we see on social media — more than we are living our own. This escape into other people’s lives is a slippery slope that can lead to comparison, self-pity and downright depression, especially if you don’t remember that those people are only posting the parts of their lives they want you to see.

Pastor Steven Furtick of Elevation Church makes a great point when he says, “One reason we struggle with insecurity is that we’re comparing our behind the scenes to everyone else’s highlight reel.” 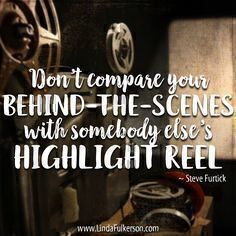 “Dang, that girl (who I was friends with in the fourth grade but haven’t talked to since but whose intimate life details I still creepily know, of course) is on an awesome vacation again, while I’m sitting here in my pajamas. She’s so lucky. What the heck does she do for a living that she always gets to be on vacation?!”

What we don’t see is that girl probably spends the majority of her days behind a desk and her nights on the couch in pajamas, but she – like us – won’t be posting pictures of those mundane moments of her life anytime soon. 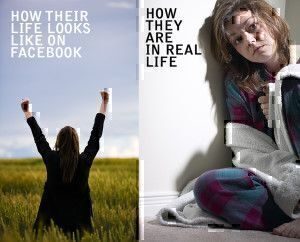 But I depend on technology…

I think I’ve sufficiently vilified technology, right? While my disdain for my dependence on technology is salient, the reality is that we really do need technology to operate in our modern society. I work remotely for a tech company – doesn’t get much more dependent than that.

So what happens when you depend on technology, and even social media, to perform some pretty key functions? This year I’m not sure if I will give up Facebook altogether – even though I could obviously use a technology detox – because I’ve come to rely on social media as a means of communication with some groups in my life.

For example, Military Spouse article requests and submissions are coordinated through a private Facebook group; all communication and logistics for my running, FRG and church groups go through Facebook; and I use Facebook to stay in tune with local events in my area. So while Facebook is a time suck, it also serves a function in my life offline.

And while I’ve spoken most about social media, our reliance on technology extends beyond those platforms, as generally using my smartphone less is also hard to do. I mean, am I the only one that thinks it’s ironic that my daily Bible devotional and meditation apps – which I use in an effort to stay more centered and positive – are both on my phone? I am using my phone to try to combat the effects of technology, but using technology to do so! Ah! 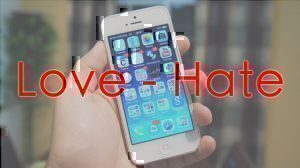 Technology is a military spouse’s lifeline

As military spouses, we rely on technology even more, which makes cutting back all the harder. Technology allows us to communicate with our deployed loved ones across the world, and keep in touch with family and friends who live time zones away. When this military life starts to make us feel lonely– whether we realize those feelings or not – it is easy to feel closer to those we miss by popping open social media to see what they are doing, or shooting them a text.

How do we balance?

So while we might hate technology, we obviously need to use it, albeit in a more purposeful and  thoughtful way. I do believe that we need to all try to be more present, and that our society is waking up to the reality that technology is both opening amazing doors, while closing others as it relates to interpersonal relations and mindfulness.

I am not an expert, and I struggle with tech addiction as much as you. However, I’ve spent some time thinking about ways to make it easier to control smartphone use, and subsequently put together a Digital Detox Plan. Stay tuned for a follow-up article very soon with that plan and some easy recommendations to start to unplug!

Is Overcommitment Negatively Affecting Your Family?