by MJ Boice
in Health, Moving
0 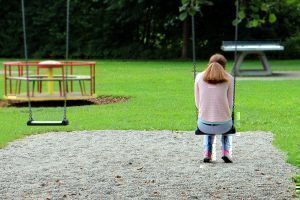 While I realize that not everyone maintains their weight with a workout plan, our level of exercise is still a factor. Consider this – if you were to move from a job where you’re on your feet for 8 hours to a job where you are sedentary for 8 hours, you would most likely have to either up your game at the gym or eliminate something significant from your current diet.

You’re environment and how you utilize your environment are factors in weight fluctuation. The same rules apply to stay healthy during a PCS. Maybe you’ve moved to an apartment complex where there are no sidewalks or parks to run in. Maybe you’re isolated from the military community and haven’t found a workout buddy. Maybe the level of pollution in the air doesn’t allow for a brisk walk with the dog.

Most notably, what if you have trouble finding a job at your new location?

All of these scenarios play a huge part in weight fluctuation. Even our new schedules, while temporary, have an enormous impact on our health and weight.

“Living on the road threw off my work out/training routine. Starting work again, setting up the house, finding a new gym, etc, (can) takes another month or two to re-establish daily routines.”

Among the top 3 reported causes of PCS weight gain in this poll were several other contributing factors that may impact our bodies and minds in one form or another. Many of the respondents also stated that issues such as isolation, financial status, lack of employment, and lack of support resources all had a hand in adding on those extra pounds. Even the way we perceive a PCS can have an impact on the scale numbers.

Me personally?  I’m kicking these post-PCS pounds to the curb as we speak, but hopefully I will remember that this is a real phenomenon in our culture and next time I’ll be better prepared (and by prepared, I mean I’ll pre-plan for those In-and-Out burgers.)

How did YOUR body react to PCSing? Hit us up on Facebook and let us know! >>

10 Ways the Military Family is Unique Vs. Civilian Families

10 Ways the Military Family is Unique Vs. Civilian Families

This Spouse Turned Airbnb Into an Income for her Military Family