The Coast Guard SPARS – Semper Paratus Always Read – was the women’s reserve, created in November 1942. SPARS took on jobs such as telephone and radio operators to release a man to the Atlantic to work against the rising threat of German U-boats. Between 10,000 and 11,000 volunteered for the SPARS during World War II; the Reserve preferred applicants who had experience in the water, such as swimmers or boaters.

Although most duties were clerical in nature, SPARS also worked on projects like rigging parachutes, driving vehicles and cooking. They also were the pioneers of operating the new LORAN technology, which calculated the precise location of ships and aircraft.

As the eldest of four daughters in a family with no sons, Evelyn Beckman Brown of Fort Wayne felt it was her responsibility to fulfill her family’s duty during World War II.  “Since my family didn’t have a son to send to the war, I thought I should go,” she said. Despite her loyalty, Brown nearly didn’t get the opportunity to serve.

Born in 1925, she graduated from Central High School in Fort Wayne in 1943. She worked at the Social Security office downtown. The Navy recruiting office was in the same building. She admits she haunted their office. “I wanted to enlist,” she said. Unfortunately, the Navy had reached its quota for female enlistees. 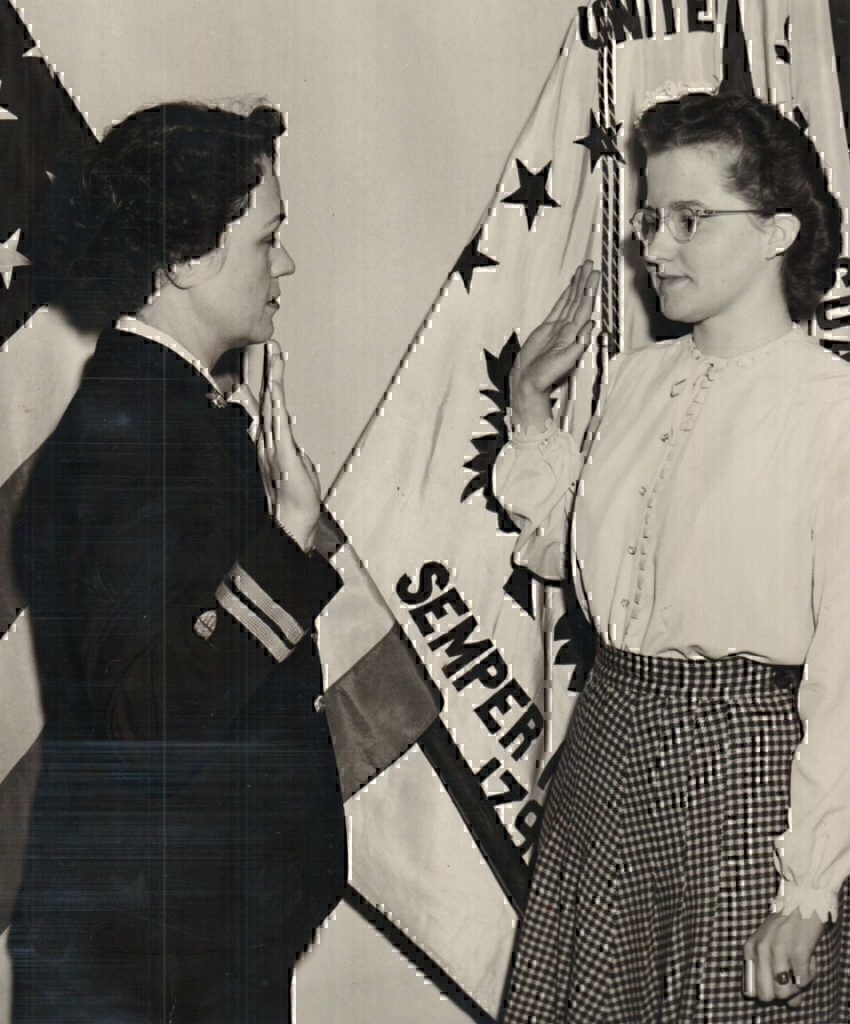 When Brown learned the Coast Guard had openings for female recruits, she again grew hopeful. She didn’t care which branch in which she served. The challenge was lack of a Coast Guard recruiting office in Fort Wayne. The closest one was in Chicago.

Still, that was no problem In late January 1945 Brown and her mother rode the train to the Chicago office with the purpose of Evelyn signing up for military service. However, they ran into another problem. Female recruits had to be 20 years old to enlist. Brown would not be 20 until Feb. 28.

Undeterred, the pair returned to the Windy City on Feb. 28, 1945, and Evelyn was finally sworn in. She was thrilled. “I had not cared which branch to serve in, but I wanted to be sworn in on my birthday,” she said.

Brown’s mother, who had worked during the 1930s and the Depression in a factory for 19 cents an hour, didn’t try to dissuade her eldest daughter from joining the Coast Guard. “Patriotism was so high at the time!” Brown recalled. “The nation came together when Pearl Harbor was bombed. My parents were proud of me.”

Eight days after enlisting, Brown, then Evelyn Beckman, left her home for active service as a SPAR, which stood for “Semper Paratus – Always Ready,” based on the Coast Guard’s motto. She completed boot camp at Manhattan Beach, N.Y., where she learned skills of marching, kitchen patrol, and drills. She also perfected her secretarial skills of shorthand and typing. She later completed Yeoman School, and in August 1945  Brown was assigned as a secretary at the Coast Guard Academy in New London, Conn.

“Our duties as SPARs were to fill jobs men had done to allow them to go overseas to fight,” she said. Brown’s position primarily included typing forms for soldiers with military leaves and discharges.

Dress code for the SPARs included keeping their hair off of collars. Brown had always worn hers short so that was no problem. An adjustment came when the SPARs were issued blue slacks and jeans. “That was the first pair of pants I had ever worn,” she said. “We wore them during KP (kitchen patrol/cleanup) and when it was uniform of the day.” 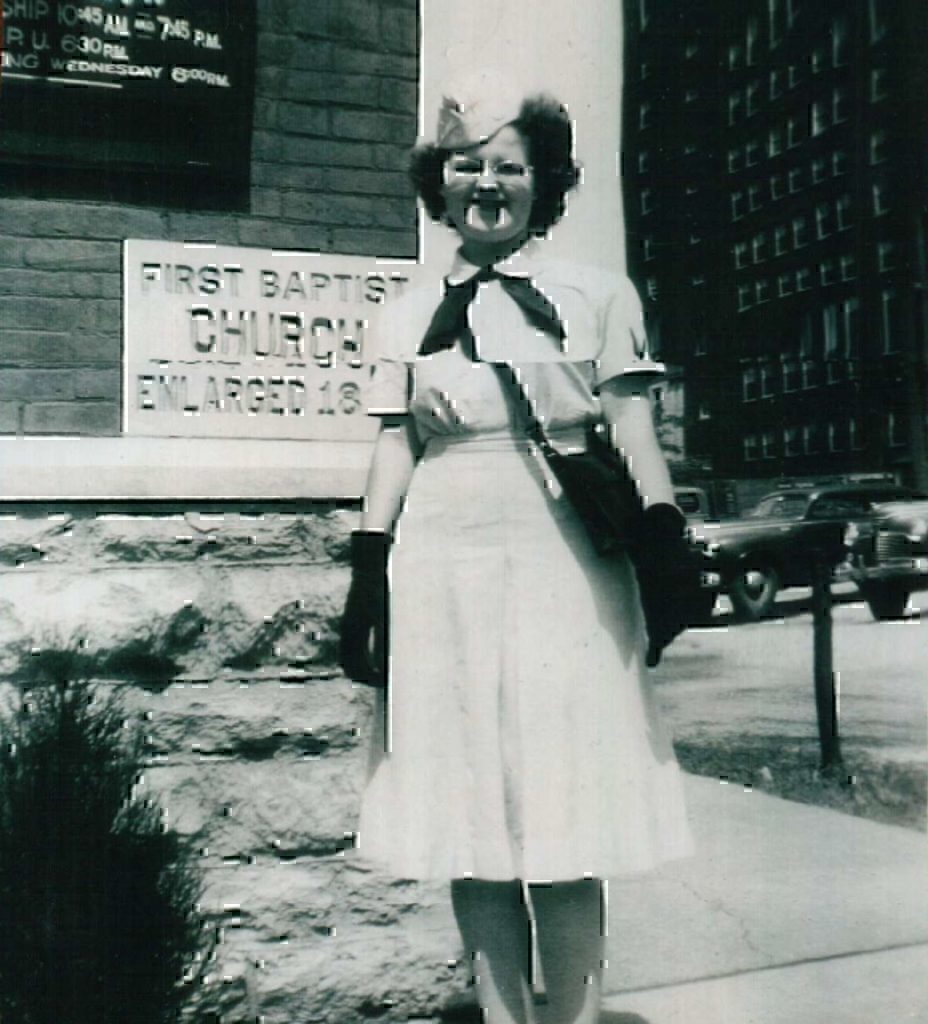 Barracks were not established for female Coast Guard members, but Brown and other SPARs were issued stipends for subsistence and quarters and told to find their own housing. She roomed with three other SPARs from New Jersey, Iowa and Brooklyn. “We got along, and some of us are still in contact with each other,” she said.

Brown earned an adequate salary and, because her meals and board were provided, she sent some of her paycheck to her family. “I knew they, like most families, were restricted to rations of sugar and meat,” she said. “In the military we ate well, and I felt sorry for them.”

She wrote many letters to her family but was not homesick. “It was an adventure being in the Coast Guard!” she said. During one furlough, Brown rode a train for a tour of New York City with friends. “We visited the Empire State Building, stood in the crown of the Statue of Liberty, ice-skated in Rockefeller Center, saw the Rockettes in Radio City Music Hall and even spent the night at the Waldorf Astoria!” she said.

Male Coast Guard troops remained at the Coast Guard Academy, apart from the women. “The men had separate mess (dining) halls from us,” said Brown. “We saw them, but we were not allowed to talk to them.”

A controlled amount of interaction was allowed and encouraged when the Masons of New London built a service center. “They provided snacks and music for male and female troops to meet and chat,” Brown said.

The war officially ended in September 1945, but Brown, like many troops at home and overseas, remained in the military during the occupation.

Brown was not averse to remaining a SPAR. The fact was, she loved military life. 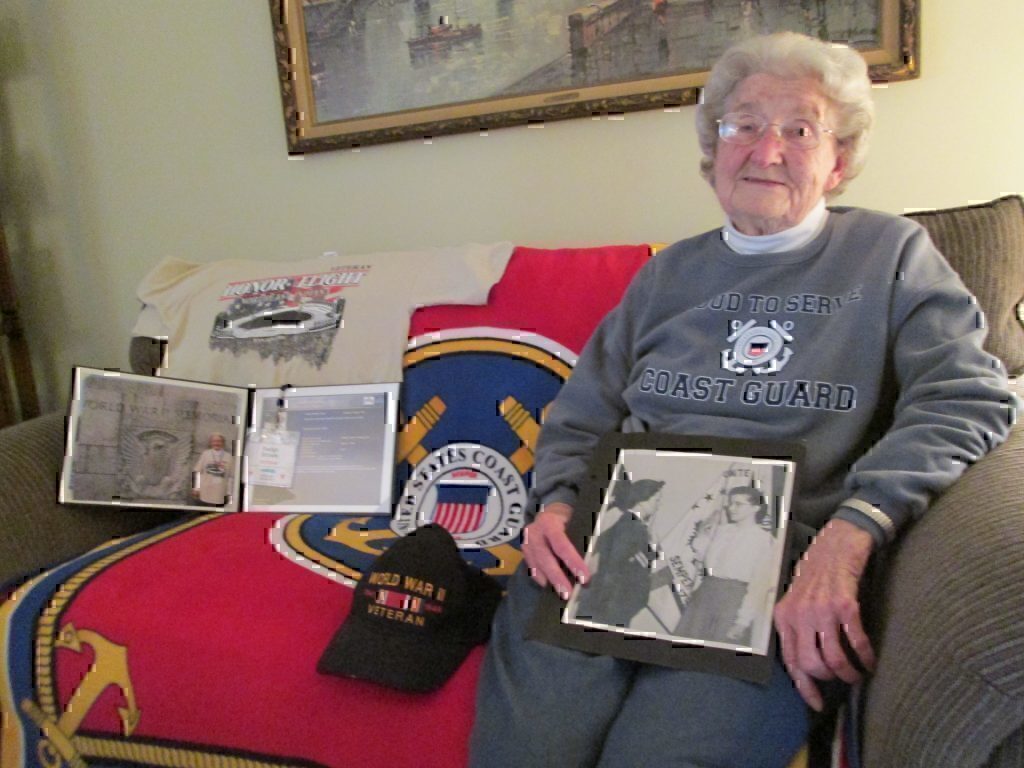 “I wanted to stay, but unlike male servicemen who were offered the opportunity to re-enlist, we women were told we had to get out,” she said. Brown remained as long as possible in her position while other SPARs went home. As the last SPAR in her office, she typed her own discharge papers on June 20, 1946. She had served 15 months and 12 days.

When Brown returned to Fort Wayne, she worked at Anthony Wayne Bank. In 1950 she married Ronald Vernon Brown and the couple became parents to four children, two of whom are deceased. Ronald died in 1987.

Brown has participated in the Honor Flight of Northeast Indiana, which flies veterans to Washington, D.C., to see the war memorials. “People have thanked me for serving,” she said. “I’m so glad I did, but I’m no hero. It was a privilege and honor to work at the beautiful Coast Guard Academy. It was a good experience. We were taught discipline; and we learned to take orders. I loved it.” 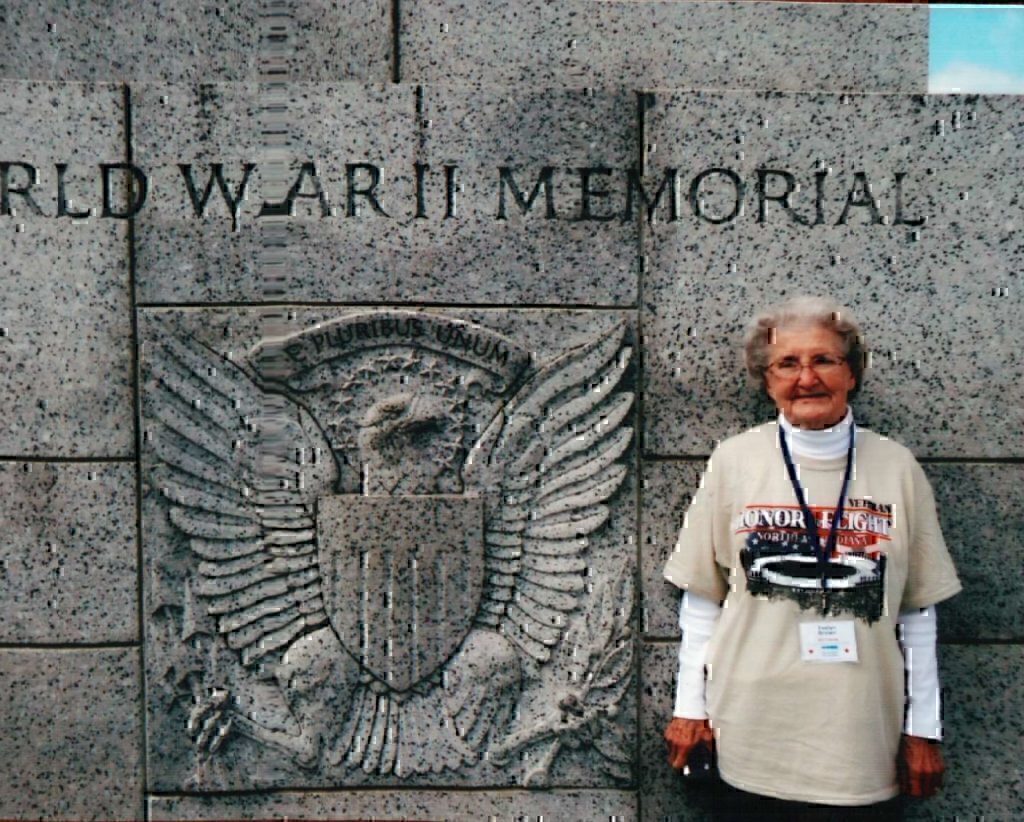