As World War II ramped up, Corps Commandment General Thomas Holcomb initially opposed recruiting women, but eventually followed the lead of other branches and did so. After the war was over, however, his sentiment changed. “Like most Marines, when the matter first came up, I didn’t believe women could serve any useful purpose in the Marine Corps,” he said. “Since then, I’ve changed my mind.”

When she was 19 years old, Ruth (Miller) Appleton enlisted in the Marine Corps Women’s Reserve and spent 1943 to 1946 at Camp Lejeune in North Carolina. Ruth and her fellow enlistees traveled by train to North Carolina on cattle cars that had been retrofitted with seats. “That was the first time I’d ever been away from home,” she says.

After attending quartermaster school and basic training, where she learned how to handle and shoot an M-1, Ruth describes her day-to-day life simply: “It was work.” Other duties included doing their own laundry and cleaning. Although daily inspections were not commonplace, they were required to stay neat at all times.

Ruth got most of her news from the camp newspaper and from announcements over the PA. She walked to work each morning from her barracks, which were segregated from the men’s, and remembers the base being very quiet at night. They were permitted to have a dog out in the yard. “We were there for a reason,” she states. “We had to get up in the morning, eat and go to work.” 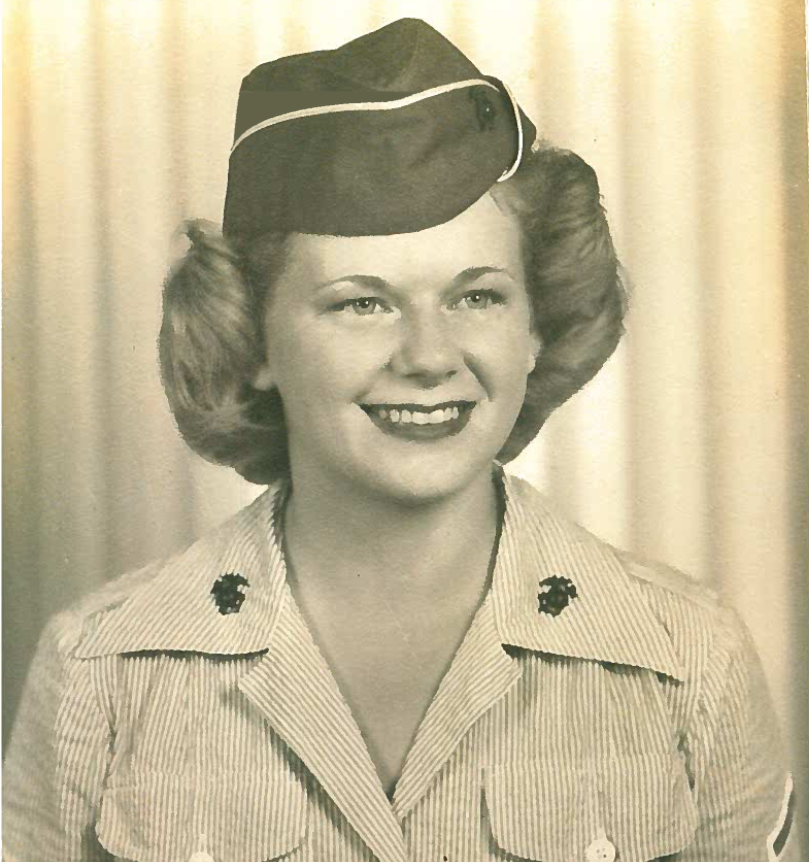 North Carolina hosted Marine, Army, Navy and Coast Guard bases. At least once a month, Ruth recalls one of the branches holding a dance that the girls could attend. “They had pretty good bands,” she remembers. “The men were good dancers, too.”

There were emotionally trying times, too. Marines wounded in the South Pacific islands often were brought to the Navy base hospital for treatment. “We were invited to visit with them on Sundays only,” Ruth says. “We were restricted where they allowed us to go. They didn’t say anything, but we knew it. The injured men were appreciative. It was very sad.”

The Marines also asked if anyone would be willing to turn their vacation time over to the Marines who were wounded, which Ruth did because “I always thought about Bob [her brother who was fighting overseas],” she says. “I didn’t know what happened to him because my mother wasn’t allowed to tell me anything.” (Bob was wounded in Europe, but came home safely after the war.)

In 1944, President Roosevelt visited Camp Lejeune. “I felt really good about seeing him,” she says. “I thought he was a great man.” She recalls her company parading for him, doing exercises and listening to his speech, which he administered from his wheelchair on the caboose of a train.

At the time, Ruth didn’t realize she was making history, and doesn’t perceive the men had that sense either. But now they do. “They do want to talk about it now,” she says. “It’s been a long time since anybody made anything over the military. It was just over. That was it.”

Now age 93, Ruth has only recently started telling people about her wartime experiences. “I never told anybody who didn’t know outside of my family where I was for two years,” she says. “I never spoke of it. There wasn’t anything made of it when we came home; it just wasn’t talked about. I settled in, looked for a job and went on with my life.” 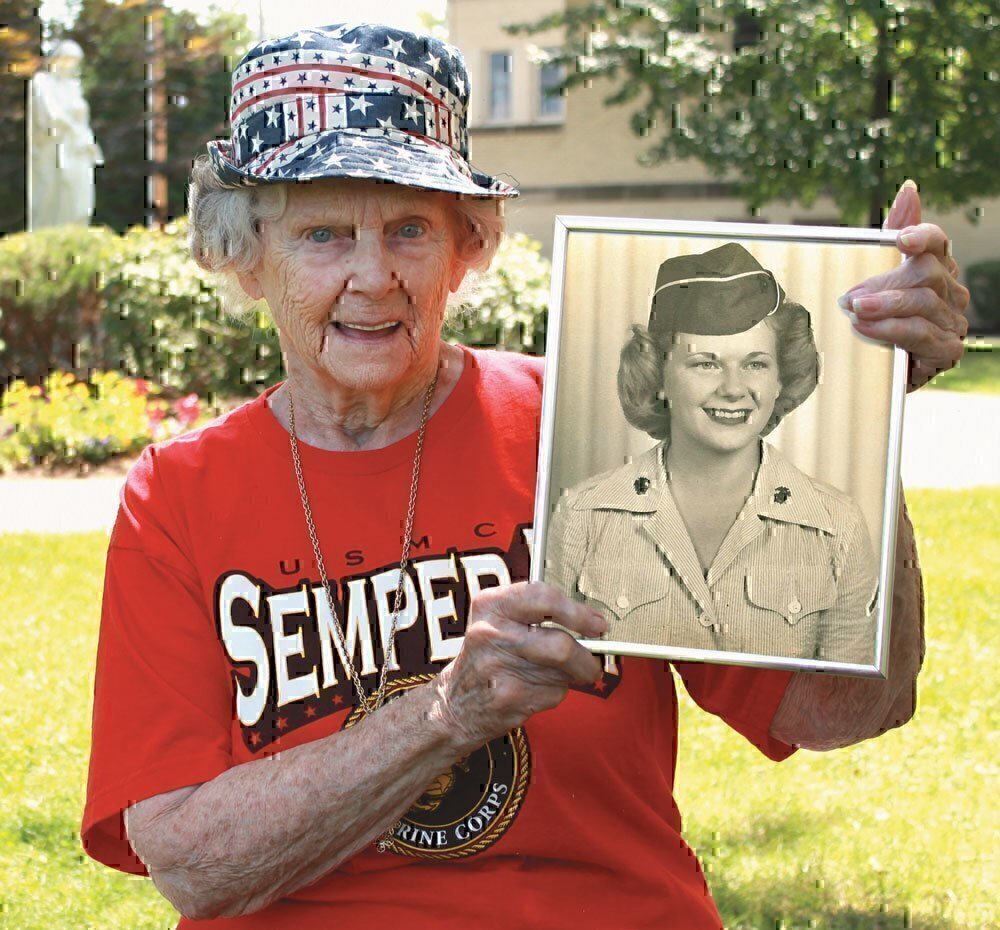 In fact, one of the first times she realized people were interested and appreciative of her service was one of her first visits to the VA Hospital a few years ago. A Marine in dress blues was escorting her to the correct waiting room. Upon entering the room, which was filled with men, the Marine announced that, “This young lady is a Marine WWII veteran.” The whole room burst into cheers and applause. “The way he said it was not so much for me as much as he was proud that women had done such a good job. There were a lot of men sitting to get waited on that day and I would just say ‘Semper Fi’ every time I would see one.”

Today Ruth is involved with her local VA hospital, various affiliated programs and with the Veterans Breakfast Club, a Pittsburgh-area organization whose mission is to create communities of listening around veterans and their stories to ensure living history will never be forgotten. In May, she took a bus to Washington, D.C., with fellow veterans to visit the World War II memorial on the National Mall for the first time.

“I always speak well of the military because I was treated well,” she says. “Maybe I enjoyed it more than I should have enjoyed it because of the circumstances, but I would recommend it to anybody.” Ruth’s two sons served in the military, one as a Marine and one as a soldier who completed two tours in Vietnam.

“People tell me that ‘You volunteered,’” Ruth says. “But I think I got a lot out of it too. I grew up down there on the base.”

How Do You Choose A Career After The Military?