by Military Spouse Team
in Contests
0 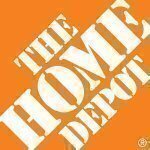 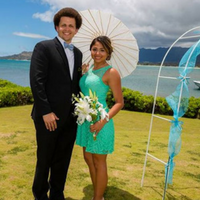 The unemployment rate among military spouses is about 26%, and constant relocation makes finding, maintaining, and advancing in a job difficult. This may explain why the families of service members face such dire financial hardships. Credit card debt is carried month-to-month by nearly 60% of service members. Of those, roughly half have a balance of $10,000 or more. In each of these instances, and many others, service members are twice as likely to be affected as civilians. A college degree makes it easier to avoid unemployment which in turn makes it easier to avoid the costs of being unemployed. Similarly, a degree in an industry that has strong growth projections further reduces the chance of unemployment. Building on that, if a degree provides tools that are highly transferable, the likelihood of a military spouse being or remaining unemployed drops considerably. I am currently working towards such a degree: a Bachelor of Business Administration in Accounting. After graduation, I will attempt to earn the titles of Certified Public Accountant (CPA) and Certified Financial Planner (CFP). Not only will these licenses provide me with ample employment opportunities wherever the military may send my wife, they will allow me to help combat the financial crisis that disproportionately affects our military community.

In her four years of service thus far, my wife has added four mailing addresses from three different states to our list of residences. Moving in the military is a fact of life, and the government provides allowances to pay for the actual costs; however, it does not pay for abstract costs like those associated with losing friendships or employment. Many military spouses struggle to regain employment after a move resulting in the aforementioned 26% unemployment rate. Reasons for this rate vary from the size of the market to the skillset of the spouse, but the financial impact on families is constant. Some families choose to stay behind when their service member is moved. Unfortunately, separating is not an option for most families; the cost of maintaining one household is a struggle, so the cost of maintaining two households is impossible.

My wife and I faced this reality nearly a year ago when she was ordered to move from Texas to California. Moving to California meant I would be forced to wait a year to continue my education because of a missed registration deadline and a backlog of applications. There was an added threat that many of my credits would not transfer and would require an additional year to recoup. An equally undesirable option was for me to stay behind in Texas and finish my education. Both instances presented additional costs. Staying behind meant taking on the cost of maintaining a second household; as stated before, that option is not possible for most military families. However, we have seen the costs to friends who moved before obtaining their degrees. In the most extreme case, a friend was moved three times in eight years. Because credits aren’t always accepted between one institution and another, each move caused her to lose credits. She then had to retake numerous courses and delay graduation by two years. With all of this in mind, my wife and I compared the costs between maintaining two households and the costs of delaying graduation and decided it was best to live separately. While our current situation set us back financially in the short-term, we expect to benefit from earning a degree in an industry that is projected to grow 10-15% over the next decade. That degree, coupled with a CPA license and the expected growth of the industry, should allow me to avoid the plight affecting so many other military spouses whenever my wife is inevitably moved again.

Within the military community I have been assisting service members with their personal finances since before my wife joined the Air force. Previously I served in the Marines where I developed a penchant for personal finances. A new Marine joined our squadron, and he explained to me that he was tens of thousands of dollars in debt from previous student loans. From our conversations, I realized that he did not understand the long-term effects of his debt. Professionally he risked losing his clearance to work, and personally he risked being unable to build his wealth because of exorbitant interest. I asked if I could help him get a handle on his debt, and he obliged. We spent many hours over the next few days calling creditors to determine how much was owed and to whom. We then created a budget to determine how much money could be directed to paying loans. Finally we contacted lenders in an effort to consolidate his multiple loans into one. Once we had accomplished the consolidation, I had him set up automatic withdrawals into a newly opened savings account as well as automatic withdrawals toward his student loan. A year later he excitedly told me about the amount of money he had saved, the additional amount by which his loan had been repaid, and his plans to get married.

During the time that his accounts were improving, I had become an unofficial authority on personal finance issues for the junior Marines in my squadron. I was even selected by my superiors to formally brief my peers on the topic of education benefits. I helped service members find information about auto loans and insurance, the Thrift Savings Plan and other retirement options, and information about accounts from checking and savings to investments. Although I was a defacto authority on personal finance issues, obtaining a CFP certification will make me an actual authority on those topics, and the statistics show that our service members could use more help from such professionals. I thoroughly enjoyed assisting those individuals during my service, and I look forward to being able to better serve them when I have my certifications.

There are many values that our military community shares with The Home Depot. We take care of our own because most citizens can’t relate to the hardships of service. Less than .5% of Americans are active duty and less than 8% have ever served. We care for each other by giving back to our community. For instance, my wife has previously led a free fitness program for anyone who had wished to improve upon their lifestyle. I tend to volunteer with youth organizations such as the Boys and Girls Club and Big Brothers Big Sisters. Others in our community donate clothes and food to families with newborns, help with children or pets, or any number of other things. Our service to each other acts as a foundation that allows us to build strong relationships that often last a lifetime.

In closing, I want to thank The Home Depot and the scholarship committee for not only providing such a generous scholarship but also taking the time to hear our stories – Thank you.