by Military Spouse Team
in Family
0

We are a military family of Spinal Muscular Atrophy and this is our story. 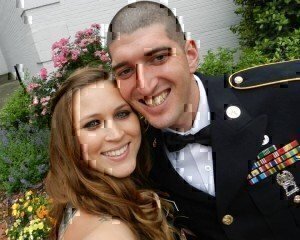 Like most Military families, we married young. We were 20 years old and my husband had just returned from his first deployment in Haiti. I transferred colleges and moved to Fort Bragg with him. We got an apartment and started our life together. Soon we found out we were pregnant with a little girl! My husband deployed to Iraq but was able to come home for R&R just in time for her birth. We welcomed our daughter Hanna into the world September 11, 2011. Two weeks later my husband returned to Iraq to finish his tour but was home to celebrate our first Christmas as a family of three.

Less than two years later we found out we were expecting again, this time a little boy, Thomas! I had a normal pregnancy but ended up having an unexpected delivery. On October 19, 2013, with no medical intervention or assistance from the hospital staff my husband delivered my son in the font seat of our car in the hospital parking lot. He was perfect and cried right away. Once hospital staff arrived at our car a few minutes later, we were helped into the hospital to be checked out. There were no complications and Thomas and I were doing great. We were the talk of the hospital that day and while people were praising us in how everything was handled I didn’t feel like I did anything heroic. As I brought Thomas into the world, everything felt natural. He was finally in my arms where he belonged and since then I have never felt more complete. 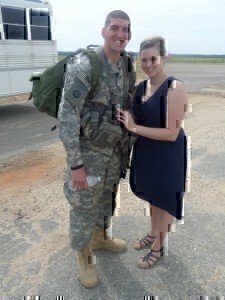 We were a happy family of four and everything was going great. But when Thomas was around 4-6 weeks old I noticed he was not holding up his head. After looking at pictures of my daughter Hanna around that age it was evident that he was not as strong as she was. I was told boys develop later and that all babies develop differently so I was hopeful that he would catch up and he would be just fine. I pushed tummy time but he would either cry and scream with his face down or simply fall asleep.

He ended up having his two-month check up around 10 weeks old. I expressed my concerns about his neck strength being weaker that I expected and noted his head lag. The doctor said that he had weak tone as she placed him prone. He struggled helplessly to lift his face from examining table. It was then when we also discovered the weakness in his legs. He could not bare any supported weight on them. There was no resistance when they were pushed on and they appeared to be very loose. His legs would flop frog like and aside from flexing his feet at his ankles he could not kick or lift them off the floor. He had no reflexes in his legs. The doctor stressed the need for tummy time and referred us to physical therapy through Early Intervention.

The Coronavirus Didn’t End My Career