by Stacy Huisman
in At Home
0

White walls. It’s the first thing we notice when walking into our new home on base or in a rental after a PCS. It’s unsettling, yet strangely invigorating. It’s a blank slate. Your house doesn’t feel like a home – not yet. It’s not a home until we decorate it just right; just like we had it before…or maybe we want to do something different this time, but what? Hmm?

We need someone to brainstorm how to decorate this wall or strange nook or empty room. Who do you ask when you’ve just PCS’d to new base, into a new town surrounded by strangers?

It’s a good think we have more than 17,000 military spouse “friends” to ask at our fingertips.

White Walls – a 17,000 and counting Facebook group was started just for this purpose, designed just for our military life style in mind. White Walls Facebook group is the brainchild of two energetic and highly creative military spouses who saw a need – and filled it! Erin Morris and Megan Smith (both Air Force spouses and busy moms) created a place and space on Facebook for military spouses to decorate, repurpose, refinish, problem solve, and create a home after a PCS. It’s brilliant idea. 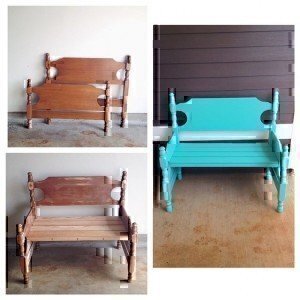 Erin and Megan describe their group as a place built for those who understand the transient lifestyle of a military life,

“White Walls was made for military members and their families so that they could make any house a home after a PCS, and no matter how long or short their stay there will be. A lot of people and their families are in this military life for the long haul. It’s a shame that some people never feel at home.”

White Walls is a place to ask anything! From what color to paint a baby’s room to what are the best DIY projects out there – the many “White Wallers” can handle anything thrown at them. It’s like being a part of a LIVE version of Pinterest. Your questions are answered with details, pictures, how-to’s and more. It’s full of energy and creativity. It’s exploding daily with new ideas and projects that show off the best talents of military spouses.

Erin and Megan, who have never met in person, only virtually – Erin is at Creech AFB and Megan is at Langley AFB – work hard to keep out the spammers and keep the group active and classy. It’s literally a full job for them both with an ever-growing membership. They stand firm on not adding anyone to the group that doesn’t have a clear affiliation to the military and find their members are as judicious when adding their friends, too.

Launched in October of 2013, White Walls has grown exponentially. Every month they add another thousand or more military members and their families to the group. Erin and Megan also have a White Walls blog where they post news, DIY projects, and more. 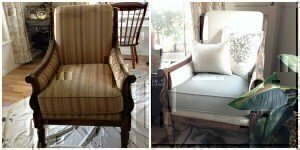 their ideas and thoughts – spread their creativity without judgment. Erin and Megan love to see someone inquire about building a project for the first time then admire their hard work when it’s finished. They also love to see “trash to treasure” posts – that’s a fancy way to say an old piece of furniture finds a new purpose and fresh look.

Erin and Megan are truly inspired by their 17,000 “friends” in the group and their endless talents with textiles, paint, and upholstery. However their favorite posts are the dilemma posts when White Wallers ask for help with projects or design. There are so many people willing to give their advice and expertise; it’s a virtual creative support group for DIY addicts.

With a cult-like loyalty and explosive popularity, White Walls is growing and Erin and Megan are growing with it. These military spouses are dreaming big and have fantasized some big ways to give back. They want to help decorate the rooms of recovering veterans (they’ve already decorated one room for a vet in need earlier this year). They also hope to offer scholarships to military spouses and maybe launch a cookbook with the proceeds going to feeding homeless vets. But for now, they are just enjoying their Facebook group and the plethora of ideas and projects their members are posting.

Next time you need little inspiration while decorating your house after a PCS or for a project you’ve been dreaming of, log on to White Walls Facebook group and you’ll have more than 17,000 military spouse “friends” to bounce your ideas off of. This group is an inspiring example of what two amazing military spouses can do with White Walls!

For more hot tips on how to turn your new house into a home, click here.