5 Ethical Issues in the Fashion Industry

by Military Spouse Team
in Fashion
0

Businesses are increasingly recognizing the significance of corporate social duty and are making the necessary modifications to meet consumer’s satisfaction.

Many companies attempt to cut down the cost to increase their income. One technique is to hire a cheap labor force. They achieved that by opening industries in countries with low labor costs and sometimes make use of child labor. In an ethical point of view, such practices are deemed unethical. The exploitation of children mostly in such conditions of forced labor in unhygienic places is entirely uncalled for.

The fashion industry believes they create employment opportunities in Second and Third World countries, and because of this, their so-called sweatshops continuously to benefit from the lives of its workers, irrespective of whether those employees are paid living wages or not. In most of these countries, the minimum wages paid to employees by contractors hired by the fashion industries, do not even cover their primary needs, let alone allow them to make savings for emergencies and incidentals.

A lot of clothes are made from cotton. Ethical issues as regard the hazard posed by the environment when using pesticides while cultivating cotton. Pesticides are dangerous to people and the environment. Pesticides may have adverse effects on people which include depressions, seizures, headache or loss of consciousness. It can also cause air, water, and soil pollution. Finally, pesticides can also lead to the death of pests and also affect other animals.

Dresses are beautiful to put on, but their production raises concern in many different ways. Global warming, the extinction of certain species, the dumping of nuclear wastes, and changes in the ecosystem are intently being monitored, and they are mostly attributed to the activity of humanity. The fashion industry has its part of blame and opinions vary as to the consequences regarding the effect that human activities have on the environment.

Animal cruelty often comes to the forefront of activists’ schedule. In the fabrication of many kinds of clothing such as of shoes, belts and other accessories, the skin of various animals is used. For instance, the manufacturing of fur coats requires the killing of mink, foxes or other animals whose skin can be utilized. More frequently, these animals are killed using very merciless methods. Their numbers have also decreased in the forest. Some animals are near extinction because of immoderate killing.

Many textiles are treated with chemical compounds to soften and dye them. Such chemicals are dangerous to the environment and can also cause skin diseases. Lead, nickel, chromium, aryl amines are some of the chemical compounds used in the process of treating textiles.

Ethical problems in the fashion industry are the cause of many debates. Many industries regularly reply to public concerns by showing their corporate social duty in numerous methods. Some are radical by being green. Others select a certain issue which they decide to show their responsibility. For instance, many companies explicitly make known that the method of producing their goods does not involve child labor or underpaid wages. Whatever the truth of the matter may be, ethical issues keep preoccupying the activists, governments, and society as a whole. 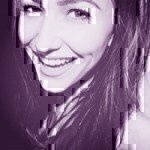 Rachel Stinson has always had a knack for writing, food, fashion, and places. Blogging has combined all four for her with an added bonus of enthusiastic audiences. She expertly analyzes real estates, restaurants and online fashion stores with respect to pricing and people involved and can express her opinions in an unhesitant, engaging manner for all matters.

5 Things That Happened When I Stopped Wearing Makeup

Military Fathers Are Our Daughters’ Heroes

Have Fun With the Rich History of Summer Solstice

How Being a Father Changes Your Dreams

Giving Birth While Your Spouse Is Deployed