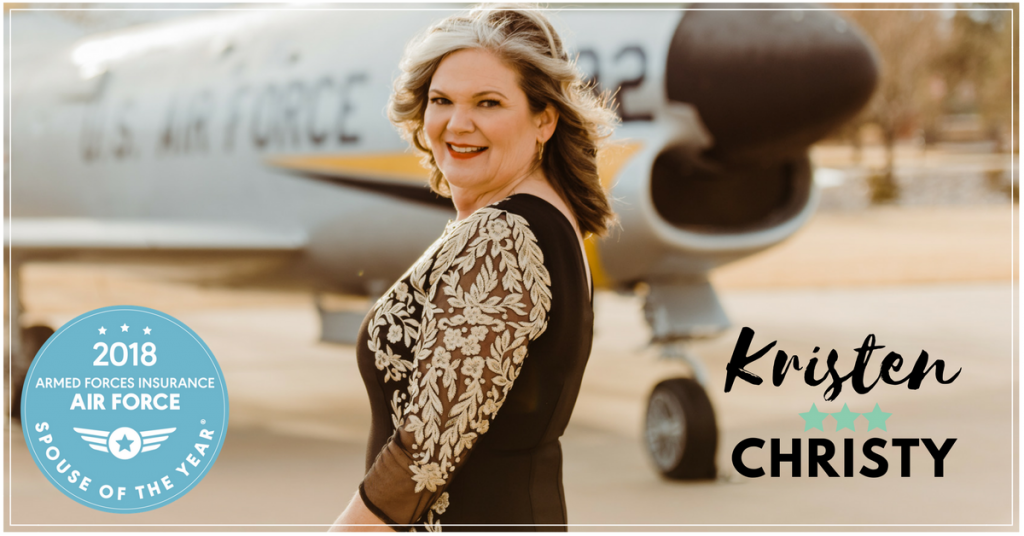 Years as a military spouse: 21

Life has thrown a lot of challenges at Kristen Christy, but she has turned tragedy into advocacy.

“My family has experienced the anguish of a suicide and the lasting effects,” says Kristen. “After 10 years, we are ready to share our story. Let our 20/20 hindsight be others 20/15 foresight.”

Kristen volunteers in many capacities, including being a key spouse for her husband’s squadron, serving as the Air Force Association Lance P. Sijan Chapter President and as an advisory board member of the Angels of America’s Fallen. She is also the Military Affairs Council Vice Chair for the Colorado Springs Chamber and Economic Development Corporation. In addition to these and several other volunteer positions, Kristen works full-time at Modern Technology Solutions, Inc (MTSI) as a senior proposal specialist, where she also co-chairs charitable giving for her office.

Kristen lives by the advice her mother, also a military spouse, gave her.

“She taught me that what is in my cup is for my family, any overflow is for others and to always keep that balance.”

As a stroke and cancer survivor, Kristen has been working to get recognition for a National Day for Survivors.

“We would love to see March 4 (as in March 4th and Conquer) as a beacon of hope, even for just one day, for those in the throes of life’s tests to realize they are resilient and we can overcome any challenge together,” says Kristen, who wears a natural silver streak in her hair which appeared after her stroke.

To her, her hair is a reminder that there is a silver lining to everything. Mother of two sons, Kristen says she would not be able to do a fraction of what she does for the community without her husband Sean’s love and support.

“I suspect not many spouses would be as understanding living with the memories of a tragedy almost daily in the hopes of positive impact,” says Kristen, whose oldest son has also been missing for over two years. “He has been missing since Sept. 20, 2015, of his own accord. His dad’s suicide triggered his bipolar. We hope and pray for his return soon.”

Kristen’s other son is in his junior year of college studying aerospace engineering. He would like to eventually team with his mother on suicide prevention presentations. Kristen’s life is filled with a hope for the goodness that exists ahead; her life is committed to helping others see the possibilities instead of lingering in the darkness.

“It takes nothing away from a lit candle to light another candle,” says Kristen. “No energy, no flame taken away, as you are spreading the light and brightness and hope.”

What she hopes to do with the award?

“I am excited for the opportunity to make a positive impact in a broader arena. While suicide prevention is a main focus of mine, I am also working on license reciprocity in the Colorado legislature. Whether or not a military spouse wants to work outside of the home, let us help them find their purpose, their stride, and their fulfillment by engaging them where they are in life.”

Kristen turned 50 in November of 2017 and two days later she graduated with her MBA from Colorado Technical University.

Kristen is a stroke survivor. “Nine days before my sixteenth birthday, three weeks after I played a world class tennis player, two weeks after I won the golf championship for all DoD high school in Germany, I experienced a massive stroke on my right (dominant) side,” Kristen says. “My parents were told that if I lived, I would not walk again and could have extensive brain damage. It took me a year and a half to learn to walk and I now write with my left hand.” 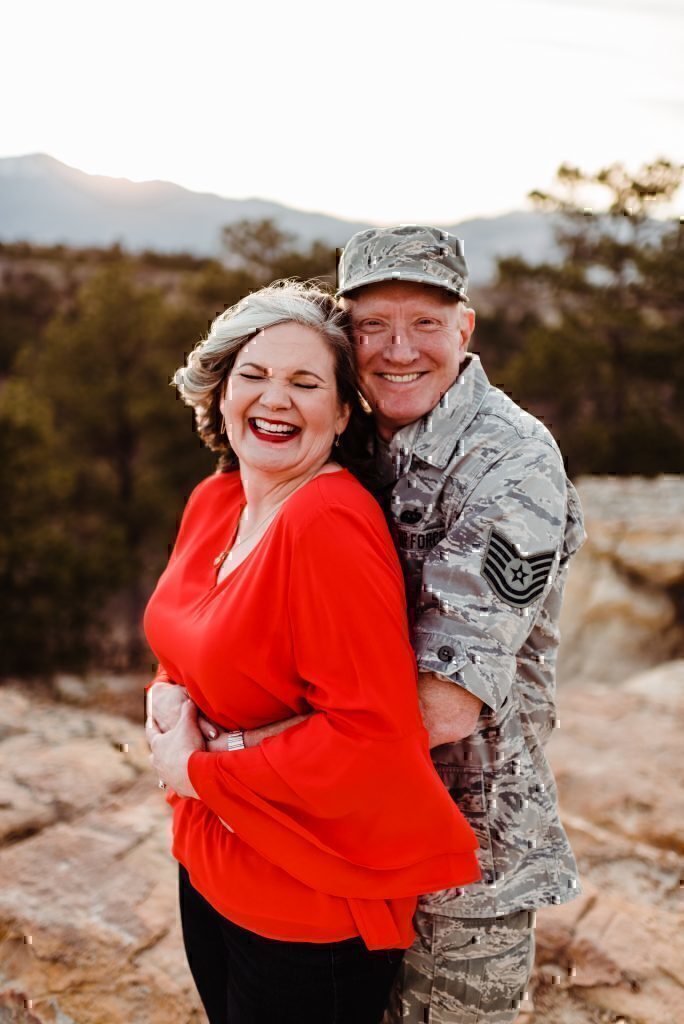 I’m excited to welcome you to our amazing community. By reading your biography I can tell you have already made a significant impact in not only our Air Force community but also our entire military spouse community. Thank you for devoting your time to serving our military spouses as a Key Spouse and for your dedication to the Air Force Association and Military Affairs Council. You are a leader and this year will provide you opportunities to make progress within our community. I can’t wait to see what you will do this year representing our Air Force. “Aim high”! -Brittany Boccher, 2017 Armed Forces Insurance Military Spouse of the Year

Krista | Get to Know Our AFI Army Spouse of the Year