5 Movies to See Instead of 50 Shades of Grey

by Cary Love
in Relationships
0

Full disclosure: I haven’t read the books in their entirety or seen the movie, so I cannot give a truly unbiased or informative opinion. However, from what I’ve heard and the bits and pieces I’ve read, I’m not a big fan of either the plot line or characters. Anastasia Steele and Christian Grey’s relationship romanticizes emotional and physical abuse, and perpetuates a rape culture that tells us women always want it, even if they say no at first. There’s clear instances of sexual assault where Ana is forced or coerced into having sex, and the misogyny is rampant.

I’m not suggesting that if someone enjoys 50 Shades of Grey that they are condoning abuse or are bad people. After all, there are far more violent, sexist movies and books out there. But what I do propose is to instead spend your hours watching a different type of romantic movie–one that promotes healthy relationships, respects women, and still make you feel sexy.

(Side note: There are some serious spoilers here!) 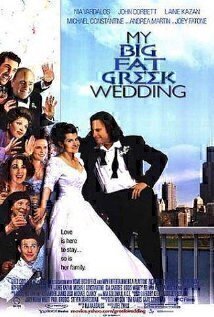 When I first saw this movie, I fell in love with the eccentric and relatable characters. Fotoula “Toula” Portokalos, a Greek American woman, falls in love with Ian Miller, an English teacher from the United States. The two awkwardly and adorably meet, date, and fall in love. Toula’s parents are distraught due to the fact that their daughter has chosen a non-Greek, but the couple continues to see each other, and eventually gets engaged. In order to make Toula’s family happy, Ian even agrees to be baptized in the Greek Orthodox Church. Despite the fact that the characters’ families are nothing alike, the couple is able to effectively communicate, work past their struggles as a team, and accept each other’s differences. This movie is all about compromise—something 50 Shades of Grey is definitely lacking.