Do You Speak Military? 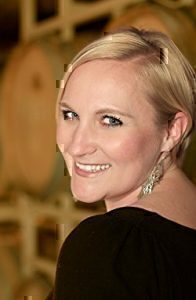 A few months ago I started a day job—to get out of the house, get adult interaction, and to make a little extra cash between my royalty payments from my books (you know sanity). While at work, I ran into another Coast Guard veteran and spouse. We started talking about Coast Guard life, and our experiences in the military. Shortly thereafter, she said, “You don’t know how great it is to talk to someone who speaks my language.”

I thought this was a funny way to phrase her comment seeing as we were speaking english…only military-speak english. You know, using  acronyms like RD3, GM2, and Company Commander. Things like watchstander, deployed, or the word Warrant when talking about a person of higher rank and not an order for someones arrest. It occurred to me that day that we military/spouses do have a language all unto ourselves. I also realized that the characters in my Montana Mountain Romance Series were like us. They also had a language that outsiders did not understand. I would never have known as much if I hadn’t done the research on logging in the late nineteenth century.

What I adore about my publisher, Kensington, is that my editor had loved the logger-speak so much that he wanted to put a glossary at the beginning of my books. (And really…wouldn’t you like to have a military-speak glossary in your purse that you could hand out every time you talk to a civilian…I mean that way you wouldn’t have to stop your story and explain your verbiage)

So to give you a taste of my hero and heroines world, here’s a little peek at how they would have spoken to each other, all while confusing the heck out of any eavesdropping outsiders.

Bateau—A flat-bottomed boat used to assist the rivermen. Often the men would loosen a log ‘nest’ and then fling themselves into the bateau to avoid being sucked down into the dangerous white water beneath the logs.

Chute—A makeshift sloping channel constructed of special treated wood to get the logs from the forest to the lake.

Flume—An artificial channel, which uses a stream of water in the chute to transport logs.

Homeboy—Loggers from the local community.

Lady of the First Water—Elegant woman.

Raft—A group of logs tied together to be taken down the river to the mill.

River Drive—The movement of the logs from the lumber camp, down the rivers and lakes, and to the mill.

Riverman—A logger who rides the logs down the rivers and lakes to bring them to the mill.

River Rat—A riverman who drifts from lumber camp, to lumber camp, working only as long as they want to stay in the area.

The Grove—The area where active logging is taking place.

Wannigan—A cook raft constructed with a crude building on top. Often the building would contain bunks for the river men to sleep if needed.

Widowmaker—A dead branch balancing precariously high in a tree, which could fall and kill a man without notice.

So do you think you got logger-speak down enough to understand Wall and Victoria in my newest release, FIERY PASSION? Check it out and see. But first, drop and comment and tell me your best/funniest story about a civilian misunderstanding you because of our military-speak language barrier.

Thank you so much for reading my post! Don’t forget to grab a copy of FIERY PASSION, available September 11 everywhere ebooks are sold. 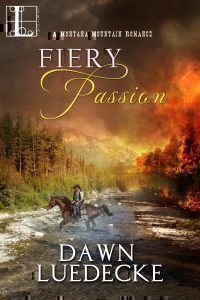 A country girl born and bred, Dawn Luedecke has spent most of her life surrounded by horses, country folk, and the wild terrain of Nevada, Idaho and Montana. She enjoys writing historical and contemporary romance and spends as much time as she can working on her current manuscript. For more information visit dawnluedeckebooks.com.

Book Deal Alert! Garage Sales with a Side of Murder?

“Don’t Park There,” and Other Insights from a Seasoned Spouse