Sophia Burnell didn’t expect to spend her enlisted years on a sheep farm in California, but that’s exactly where she ended up. At age 19, she joined what was then the Women’s Army Auxiliary Corps. A few months later, in July 1943, the WAAC gained full military status and became the Women’s Army Corps. By 1945 there were more than 100,000 WACs and 6,000 female officers working more than 200 non-combatant jobs stateside and in each theater of war.

Sophia traveled to Daytona Beach, Fla., for six weeks of basic training, which included taking tests in which she finished quickly and scored very high. “When I joined, I wanted to be an ambulance driver or a mechanic,” she recalls. Her scores, however, sent her on a different path, this time to Kansas City, Mo., for six weeks at Midland Radio School to learn Morse code. “After we learned Morse code we got on a troop train and went to California. They loaded us in these Army trucks like you see in movies with a big canopy over top and with benches on both sides, which took us to a secret communications station at Two Rock Ranch in Petaluma, Calif.”

Two Rock Ranch was camouflaged as a working sheep ranch. “We had sheep running all around,” she says. “From up in the sky, if an enemy would have flown over they’d think it was a sheep ranch. Everything was in a barn – the theater, the hospital, the PX – all looked like barns then.” 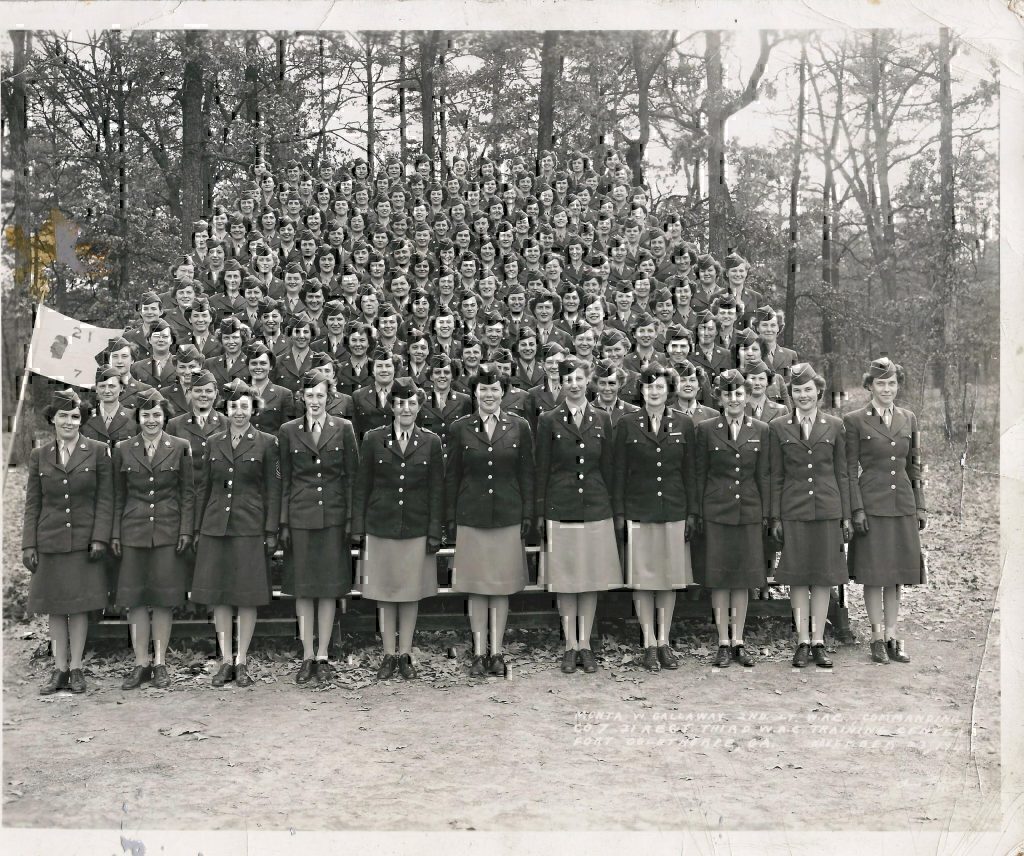 The incoming women replaced the men, some of whom were transferred to the Aleutian Islands up north and others to the Marianas in the South Pacific. After learning the telegraph key and Japanese codes, the women monitored Japanese communications, including military, government and weather stations.

“We had a decoding department, which decoded everything we copied and sent it to the Pentagon,” Sophia says. “That information helped make strategies in the war and helped end it more quickly.”

Which shift they worked dictated the length of the subsequent break. During 72-hour breaks, the master sergeant trip chief would requisition an Army truck from the motor pool and food from the mess hall and take them on a picnic. Sophia received $50 a month in pay, which went far. During breaks, they also could travel as far as they were able to still make it back in time for their next shift. “We’d go down to Chinatown in San Francisco and stay for a day,” she says. “That was the thing that attracted everybody.”

On one break, she and her girlfriend decided to go to the nearby air base to see if they could hitch a ride on a plane up to Sacramento. A pilot offered to take them, joking about how would they put on parachutes over their dress uniforms? “Then he laughed and said we’d never be flying high enough for us to jump anyway,” Sophia says. “He took us to Sacramento. It was a three-seater plane: his seat, one behind him facing backward and another facing forward. I sat in the one facing forward and my girlfriend sat backwards all the way and got air sick. She was sick the whole break, stayed in bed and spoiled our break. We hitchhiked all the way back.

“We did a lot of hitchhiking and had no problem getting a ride,” she recalls. “People were very nice. They’d give you a ride then invite you over to their house for lunch. They really respected us. I don’t know if I’d try that now; I don’t think it would be as safe to hitchhike now as it was then.”

Now 96, Sophia reflects on her time in the Army with fondness. “I do think it made a stronger person of me and probably less bigoted,” she says. Despite up to 20 girls sharing cramped barracks, they never fought or had any trouble together. “You met all kinds of people from all walks of life and we got along fine. We respected each other. We were all one happy family. We watched each other’s backs. It felt like a real family.” 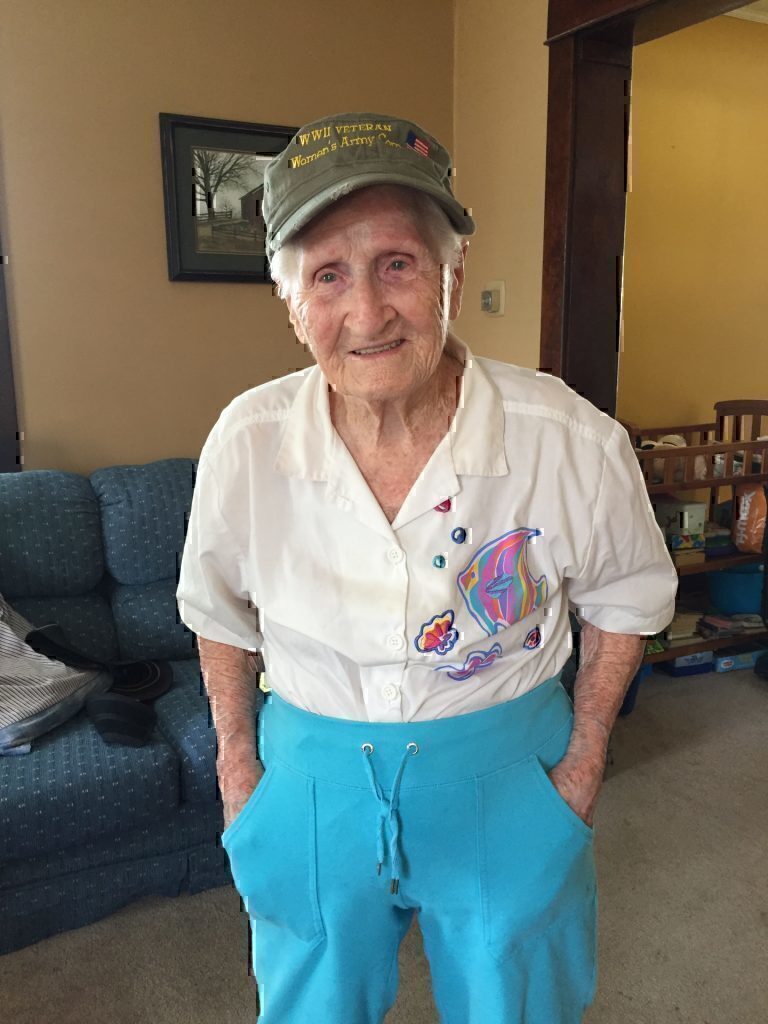 After discharge in January of 1946, the unit stayed in contact. One woman compiled and mailed a newsletter composed of letters each lady would write and submit. “We had WAC reunions every year in different parts of the country,” Sophia says. One year they returned to Two Rock Ranch, which had since been repurposed as a Coast Guard training facility. “They tore all the barracks down. It’s all modern now. They took out all the radios and put in computers.” Sophia and one other woman are the only survivors today from their unit.

Quite a few of the women married service members, including Sophia. “My husband was in the Marianas in Guam,” she says. “I got out in January of 1946 and he got out in February.

“It was a good period in my life. I’d do it again if it was necessary. Maybe I’d even stay in,” she says. “It teaches you a lot. You see a lot of the world you wouldn’t otherwise see. You learn a lot about the government too.”