by Katherine Gauthier
in Life
0

Booze and the military have been going hand in hand since the beginning. I mean, the Marines were created in a bar! So, it shouldn’t come as a big surprise when two veterans decided to “brew” up a new business: a small local brewery in Virginia Beach, VA. The area does, after all, have the largest military footprint on the east coast. I was lucky enough to sit down with Neil McCannon, co-owner of Young Veterans Brewing Company and find out just what inspired him and co-owner Thomas Wilder to get into the business of beer after hanging up their boots.

Neil and Thomas are both locals of Virginia Beach and have been friends since high school. After graduating, Thomas joined the National Guard, doing a 3 year enlistment that included a 1 year tour in Iraq. Neil went active duty Army for 3 years as an armorer followed by 7 years as a Drill Instructor in the reserves. His enlistment ended just a month before the YVBC tap room opened in September of 2013. 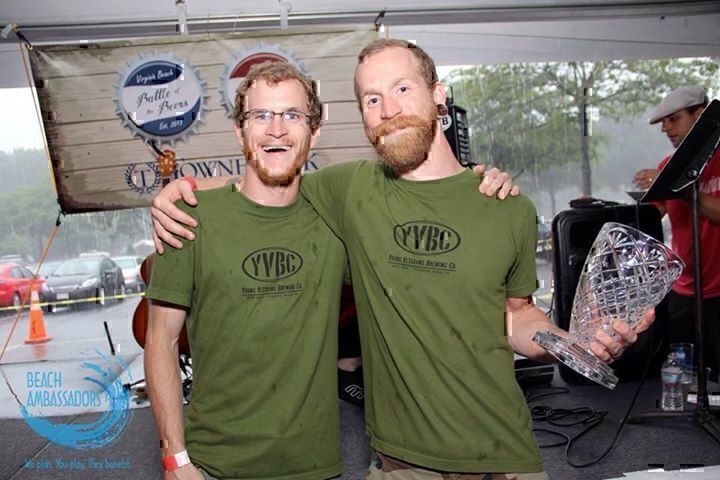 When I asked Neil how they made the jump from military to brewers he said it was just a home brew kit a friend gave them as a gift one year that got everything started. Their first garage-brewed beer turned out better than expected so they just kept experimenting. He said he feels that experimentation is what helps set them apart from other companies. Most home brewers use either pre-generated recipes or just brew small batches as a hobby. They didn’t want to stay in the garage forever. After a couple years they had a small line of beers that were good enough to make them think, “Hey, we can do this!” That was back in 2008 and while the economy wasn’t booming back then, their research showed that craft breweries and small brewing companies were actually on the rise. It made sense to take the next step and see what could happen. So they “drafted” a killer business plan (no pun intended…) and spent the next two years trying to find investors. When you walk into the taproom you’ll see the names of those who contributed to the $20,000 kickstarter project that made it possible to get the business really rolling.

Coast Guard Shut Down Signals Lack of Respect for America